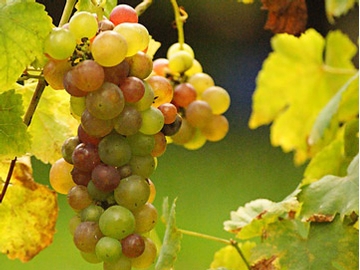 The Rhone Rangers organization will present its third Lifetime Achievement Award on Friday, March 27, 2015 to recognize the significant contributions made by an individual to the American Rhone wine movement. This year’s award will be given to Robert “Bob” Lindquist, founder and co-owner of Qupé Winery. In prior years the Lifetime Achievement award was given to Randall Grahm, Bonny Doon Vineyard and Robert Haas, Tablas Creek Vineyard.

An original Rhone Ranger, Lindquist was one of the first to advocate American-made Syrah and other Rhône varietals such as Grenache, Roussanne, and Marsanne. He has been a leader in the movement producing world class Rhône-style wines since the early 1980s and continues his quest with the same zeal he started with. Consequently, in 2014 Qupé received its 14th Top 100 Winery Award from Wine & Spirits Magazine.

Lindquist’s first wéine encounter was as a UC Irvine student in the early 1970s, where he sipped quality wine for the first time and instantly was hooked. In 1975 he moved north to pursue a career in the wine business. His first job found him working harvest at Fortino Winery, followed by assignments at San Martin Winery. While working there, Lindquist decided his destiny lay in the wine country of Santa Barbara County.

In 1979, Lindquist moved to the Santa Ynez Valley where he became friends with Jim Clendenen, Zaca Mesa's assistant winemaker at the time, who taught him to make wine. Lindquist struck out on his own in 1982 and founded Qupé (which means "poppy" in Chumash), renting space in other area wineries to make his wine. As production grew, he focused his efforts on Syrah and other Rhône varieties. In 1989, he joined Jim Clendenen (founder, Au Bon Climat) to build a winery of their own under a lease agreement with Bien Nacido Vineyards. To this day, the two continue to produce their wines at the facility, located on the Santa Maria Mesa.

The Lifetime Achievement Award will be presented to Lindquist on Friday, March 27, 2015 at the Rhone Rangers Annual Winemaker Dinner at the Golden Gate Club in the San Francisco Presidio. Tickets are $150 each and may be purchased online at www.rhonerangers.org. Attendees may also purchase a Weekend Pass to the 18th Annual Weekend Celebration of American Rhone Wines, which includes admission to the Winemaker Dinner on Friday evening, as well as two seminars and the Grand Tasting on Saturday, March 28 across the bay at the Craneway Pavilion at Ford Point, Richmond. For more information see www.rhonerangers.org.