TricorBraun, one of the world’s leading packaging suppliers, has named Mark Shepherd executive vice president. “This evolution in TricorBraun’s management structure will continue to make our company stronger as well as position it for continued growth and profitability,” Keith Strope, company president and chief executive officer, said.

TricorBraun (www.tricorbraun.com) has 34 offices in the United States, Canada, Mexico and Asia. 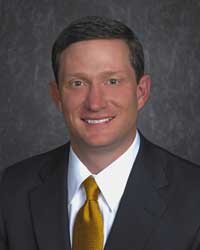