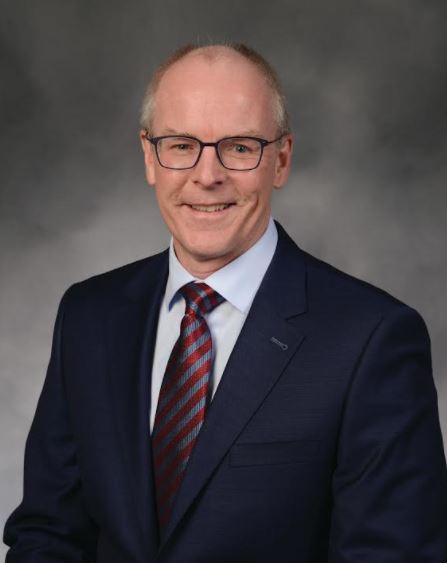 GROWMARK Chairman of the Board John Reifsteck said, “Jim has served the GROWMARK System with excellence since 1982. His leadership as CEO has been transformational, and he will leave a legacy of innovation in digital technology, leadership development, succession planning, and the establishment of an enterprise-wide strategy that is yielding increased customer satisfaction and financial success.”

Spradlin joined the FS/GROWMARK System as an accounting trainee at Schuyler-Brown FS. He has served in many leadership roles over his career including as the general manager of Piatt County Service Company and Ag-Land FS, positions on GROWMARK’s regional staff, and as vice president for GROWMARK’s Agronomy and Energy business units.

Reifsteck noted that the GROWMARK Board has initiated a search process for Spradlin’s replacement.

“Ideally, a new CEO will be named in the fall and benefit from working alongside Jim into early 2022,” he added.

Retirement celebration arrangements to honor Spradlin’s career will be planned and communicated later.