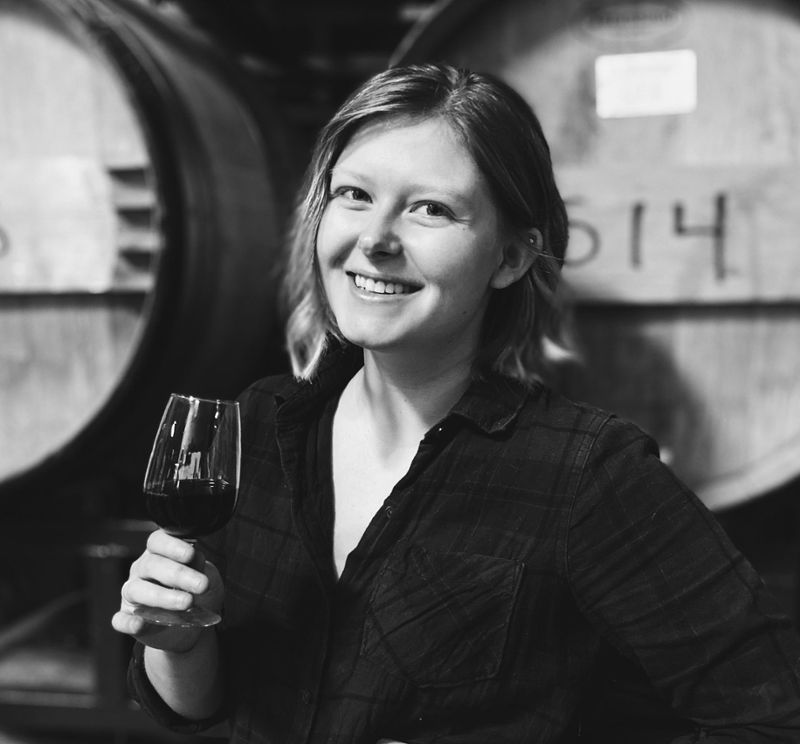 PENN YAN, NY – Fox Run Vineyards rang in the new year with an important new hire. The Seneca Lake winery announced Ashley McCaffrey as its new Assistant Winemaker, the first changing of the guard in half a decade for the winery production team.

A graduate of the Finger Lakes Community College Viticulture and Wine Technology program, McCaffrey assumed she would pursue wine education and become a sommelier. Her path quickly changed after interning with the Fox Run winemaking team in 2014.

“Within a few weeks of working with Peter Bell, Lindsey VanKeuren, and Sarah Gummoe, I was quickly convinced that my real passion lay in production,” said McCaffrey. Since then, she has gone on to work with winemakers at Sheldrake Point Winery, Three Brothers Wineries, and Saint Clair Family Estates in Marlborough, NZ. McCaffrey has even dabbled in craft beer production and cidermaking.

“We are very fortunate to have Ashley back after all this time. She came highly recommended from not only the wineries she’s worked at, but also by her predecessor, Lindsey VanKeuren,” said Scott Osborn, president and co-owner of Fox Run Vineyards.

McCaffrey joins a robust crew led by Peter Bell, Fox Run winemaker of over 25 years and steadfast supporter of young winemakers getting their start in the Finger Lakes.

“Ashley had some pretty stiff competition for the job, but it was an easy hire for me,” said Bell. “She combines an admirable work ethic with a genuine curiosity for learning, and has already helped with some key winemaking decisions.”

McCaffrey returns to Fox Run following an historic 2020 harvest, revered for its exceptional vine health and fruit quality. McCaffrey will have a hand in producing Fox Run’s first Meritage in seven years, and relaunching the winery’s Pinot Noir program after a long hiatus.

For McCaffrey, it’s a full circle moment for her career. “There is a lovely kismet to once again being a part of the team here at Fox Run, where the initial wonder and determination to be a part of wine production was sparked in me.”