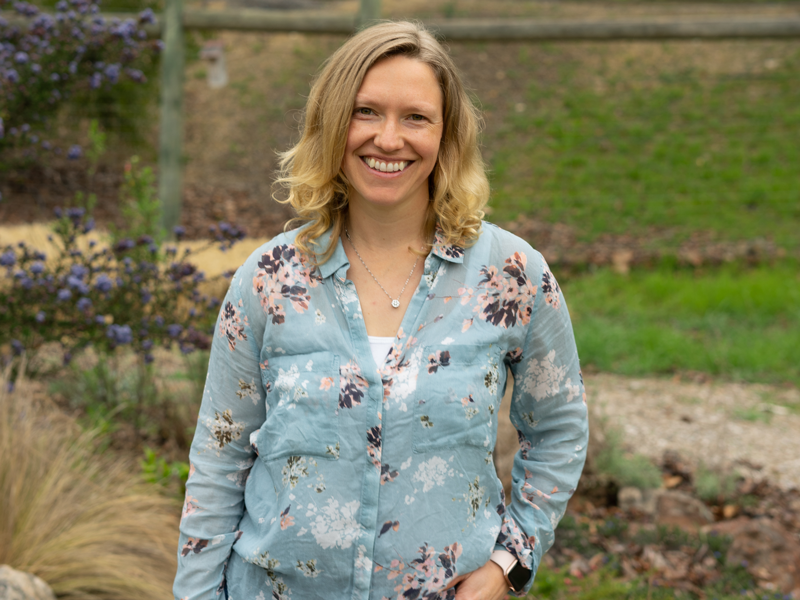 SONOMA COUNTY, Calif. (August 12, 2020) – Hartford Family Winery is pleased to announce the promotion of third-generation vintner Hailey Jackson-Hartford Murray to Winery President. Hailey is granddaughter of Jackson Family Wines’ founder Jess Jackson and daughter of Jennifer (Jenny) Jackson-Hartford and Don Hartford. As President, Hailey assumes the lead role in guiding the winery to its next chapter.

Of her new role, Hailey said, “This is an exciting moment for the winery, me, and my family. Hartford Family Winery was founded over twenty-five years ago to craft quality wines from exceptional vineyard sites, and I’m honored to accept my family’s appointment of responsibility to steward our vineyards and winery into the future.”

Hailey is co-owner of Hartford Family Winery with her parents and brother, MacLean Jackson-Hartford.  She was four years old when her parents founded the Russian River Valley-based winery. Her childhood was spent on the family’s small, backyard, organically farmed, 100-year-old Zinfandel vineyard. She participated in the fermentation of her first wine from organically grown Old Vine grapes in the family’s kitchen at the age of five. Such life’s experience instilled an appreciation for holistic agriculture and winemaking. A passion for travel led her to work harvests in France and Chile before attending Scripps College where she earned a degree in Biology. Hailey intended to go on to veterinary school after college, but the lure of harvest – one in the Russian River Valley, another in Bordeaux, France, and a third in McLaren Vale in Australia – caused her to reimagine her calling. She decided to pursue wine, fully immersing herself in the business.

Hailey’s role with the winery, over the last seven years, has evolved, as she’s touched all aspects of the business. Her initial role in production grew to include close involvement with the winery’s vineyard team, winemakers, customers, distributors, and wine critics. Over time, she began to oversee key business, production, sales, and marketing decisions. With her promotion, Hailey will succeed Don, her father, as President. She will spearhead the daily operations of the winery with Don as her advisor and Winery CEO and co-owner.

“Jenny, MacLean, and I are happy to entrust the management of our family winery to Hailey,” said Don. “Hailey is passionate, intelligent, and uniquely qualified for winery leadership, and we are thrilled that she is leading the second generation of family ownership. Jenny and I will continue to be involved in the winery and plan to advise and support Hailey as requested.”

Hailey resides in the Russian River Valley with her husband, Max Murray, and their son.

Hartford Family Winery was founded in 1994 by Don Hartford and Jenny Jackson-Hartford and specializes in making small bottlings of single-vineyard Pinot Noir, Chardonnay, and Old Vine Zinfandel. The Pinot Noirs and Chardonnays are made under the Hartford Court label and Zinfandels under its Hartford label. In recent years, Hartford Family Winery has produced over 25 single-vineyard wines from discrete vineyard blocks from extraordinary vineyard sites extending from Sta. Rita Hills north to Eola-Amity Hills in Oregon. Most of Hartford Family Winery’s bottlings are less than 300 cases and made from family-owned vineyards. While a small quantity of these bottlings is available in fine restaurants and independent retailers nationwide, the majority are sold directly to consumers through the winery’s mailing list, wine clubs, and in its tasting rooms at the Forestville winery and in downtown Healdsburg.

Hartford Court wines have long been featured on the nation’s top restaurant wine lists and receive notable critical acclaim each vintage. Since 1998, Hartford Family Winery wines have been served over a dozen times at White House dinners and diplomatic functions in Washington D.C. attended by visiting world leaders. Its wines have been included in Top 100 Wines of the Year lists by Wine Spectator, Wine Enthusiast, Robb Report, and Canada’s Wine Access Magazine. The winery received an Artisan Winery of the Year designation by Wine and Spirits Magazine and has been favorably reviewed by The Wall Street Journal, Robb Report, Decanter, Sunset Magazine, Vinous, Food and Wine Magazine, and Jeb Dunnuck. The wines are annually rated among the highest in their varietal category by Robert Parker’s Wine Advocate. For more information, visit www.hartfordwines.com and follow on Facebook, Instagram, and Twitter at @HartfordWines.