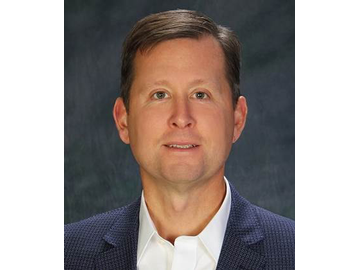 VICTOR, N.Y., - Constellation Brands, Inc. (NYSE: STZ and STZ.B), a leading beverage alcohol company, announced today that Garth Hankinson has been promoted to Executive Vice President and Chief Financial Officer (CFO), effective January 13, 2020. Hankinson succeeds David Klein, who will leave his role with Constellation Brands on January 13 to become Chief Executive Officer at Canopy Growth, which is anticipated to be effective January 14. In his new role, Hankinson will be responsible for overseeing all aspects of the company’s finance operations, including financial planning and analysis, treasury, investor relations, information technology, as well as corporate development activities. He will also serve as a member of Constellation’s Executive Management Committee.

“David Klein is a first-rate leader and developer of talent who has made significant contributions to our company’s success,” said Bill Newlands, President and Chief Executive Officer. “This is a great career opportunity for David and a great choice by Canopy Growth. As a major shareholder we fully support this decision and look forward to seeing David and the Canopy team drive the company forward.”

“At the same time, we’re excited to promote Garth Hankinson to serve as our new CFO,” Newlands continued. “Garth has worked very closely with David as part of our finance leadership team for many years. He has a solid understanding of our company financials, strong strategic orientation and decision-making capabilities, and extensive industry knowledge that will benefit our company as we look to continue driving industry-leading growth and shareholder value.”

Hankinson joined Constellation Brands in 2001 and has served in a number of progressive senior leadership roles with increased responsibilities since that time. In his most current role, he serves as Senior Vice President, Corporate Development, where he leads the company’s efforts related to financial planning, reporting and analysis, as well as the company’s efforts related to mergers, acquisitions, ventures investments, and strategic alliances. Hankinson has worked with teams across the company over the years, developing an in-depth understanding of beer, wine and spirits operations, tax, treasury, and other relevant business and finance activities. Prior to joining Constellation Brands, Hankinson served in a number of roles spanning more than eight years in strategy and finance at Xerox and Citi.

“I’ve had an opportunity to work with a number of great leaders in my 18 years at Constellation and David is among the very best,” said Hankinson. “I look forward to carrying the financial baton moving ahead and working with the rest of our executive management committee to accelerate our performance in the years to come,” said Hankinson.