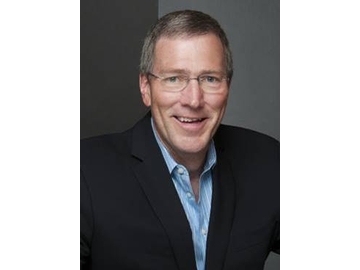 San Francisco, Calif.—Hotaling & Co., the San Francisco-based leader in premium spirits distilling and importing, has named Dan Leese, formerly CEO and founder of V2 Wine Group, as its new President and CEO, reporting to Hotaling & Co.’s board of directors.

“Over the past two years Hotaling & Co. has undergone a period of transformation and expansion. Bringing Dan on as President and CEO is another building block in the development of our growth,” says co-owner Tony Foglio. “2020 is going to be a big year for us as we continue to grow our existing portfolio and launch new brands. Dan is a seasoned CEO with entrepreneurial experience and a strong understanding of how to brand build – the ideal combination to take us into the next chapter!”

Leese draws from extensive experience in the US alcohol-beverage industry, including executive positions with Brown-Forman, Beringer Blass Wine Estates, and V2, where he developed and worked with family wineries and launched three owned brands, building a multimillion-dollar enterprise in eight years.

“The opportunities for Hotaling & Co.’s future success are limitless, says Leese, who lives in Mill Valley, CA, with his wife Katy. “I’m excited to be leading such an entrepreneurial spirits company that has already established itself as a leader in the industry. Working beside the exceptional board of directors and the Hotaling & Co. team, 65 strong, I foresee extraordinary growth and innovation.”

Founded in 1993, Hotaling & Co. is credited with creating the original American craft gin (Junípero Gin) and whiskey (Old Potrero) after Prohibition. Over the last nine years, the company has grown 500 percent through its distilling and importing business, success that reflects the thirst for super-premium craft spirits amongst American consumers and bartenders.

Hotaling & Co., formerly Anchor Distilling Company, is an importer and distiller of premium spirits headquartered in San Francisco. Originally established in 1993 by beverage visionary Fritz Maytag, fueled by the bold realization that there were no pot-distilled whiskies or high-end craft gins being made legally in America at the time. As a result, Anchor Distilling Company is credited with creating America’s first craft whiskey (Old Potrero) and gin (Junípero Gin) after Prohibition. In 2010, Fritz Maytag retired and sold Anchor Distilling Company to a business partnership that included Tony Foglio and London's oldest wine and spirit merchant, Berry Bros. & Rudd. With the sale, Anchor Distilling Company expanded beyond production on Potrero Hill to incorporate importing a collection of super-premium craft spirits from around the world. Today, newly named Hotaling & Co., has earned a nationwide reputation for its curated portfolio of premium craft spirits imported into the U.S. that is made up of over 300 specialty products from nearly 23 countries. The Hotaling name remains a part of San Francisco drinking culture as the distillery celebrates 26 years of production, a proud tradition that will continue into the future alongside the other core business pillars: importing and consumer education. www.HotalingandCo.com.