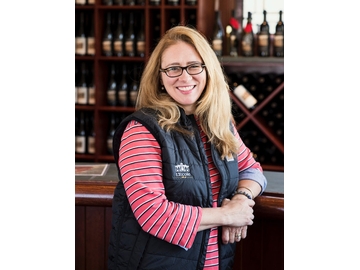 Savage joins L’Ecole from Kobrand Corp. in New York where she served as vice president and director of supplier relations. During her 23-year tenure, she worked to cultivate successful partnership with Kobrand’s wine and spirits suppliers. She represented the U.S. alcohol beverage trade on the VinExpo Board for over ten years.

Frol joined L’Ecole in 2002 after a 22-year career with the Seattle Times. “The wine industry has become increasing competitive over the last two decades. Debbie’s marketing expertise and business savvy have been instrumental in the winery’s growth,” said Clubb. “Because of Debbie’s leadership, our core business is stronger today than it was 16 years ago. We will miss her greatly.” She will co-manage the winery with Savage through the end of the year and plans to stay in Walla Walla after her retirement.

Savage holds a master’s degree in marketing communication and an MBA in international business and is fluent in French. She and her husband live in the Walla Walla Valley with their three children.

Housed in the historic Frenchtown schoolhouse depicted on its label, L’Ecole has earned international acclaim for producing expressive, distinctive wines that reflect the unmistakable typicity of Washington State and the unique terroir of their Walla Walla Valley estate vineyards. In 2014, London’s Decanter World Wine Awards (DWWA) named L’Ecole’s Ferguson Best Bordeaux Blend in the World over £15. Most recently the winery was awarded USA Today’s 2018 Reader’s Choice award as one of the country’s Top 10 tasting rooms. In addition to Clubb, wife Megan Clubb and their children Riley Clubb and Rebecca Olson serve on L’Ecole’s board of directors.