MENDOCINO COUNTY, CA – (June 8, 2018) – Jeff Hansen, the founder of Anderson Valley’s Lula Cellars and a beloved figure in winemaking, passed away on June 5 at UCSF Medical Center in San Francisco. He was 66. 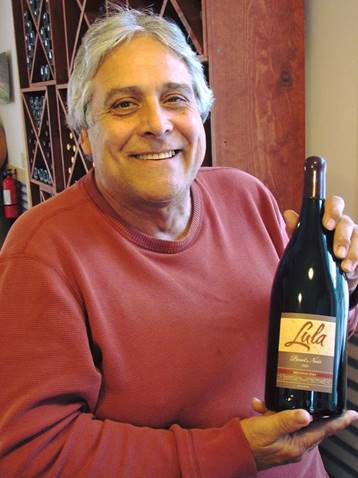 In May 2017, after more than three decades of making award-winning California wines, Hansen stepped down as winemaker at Lula Cellars, the label he named after his grandmother. He retained the title of Founder, and also served as Winemaker Emeritus of the limited production, ultra-premium winery. As Winemaker Emeritus, he was available to Lula Cellars for special projects, grower development and production tastings.

"Jeff not only founded Lula Cellars, he was the creative force and inspiration behind everything we have done," shares Ken Avery, Managing Partner at Lula Cellars. “When he retired last year, it was very important to us that we carry on with Jeff’s vision and honor the legacy that he worked so hard to create. The entire Lula family is deeply saddened by his passing."

Jeff Hansen’s career in wine began in 1987 when he worked in the tasting room of Spring Mountain Vineyard in Napa Valley. That same year he made his first wine at home, a cabernet using grapes from Spring Mountain. Later, while working in sales for Spring Mountain, he discovered the coolest appellation in California, the Anderson Valley region in Mendocino County. He fell in love with this sparsely populated and ruggedly beautiful area, famed for its Pinot Noir grapes. In 1991, Jeff produced his first wines for Amici Cellars in Calistoga, and continued to make wines for the label for nearly twenty years.

In 2009 he sold his interest in Amici and plotted his next step – a small batch Anderson Valley winery that would bear the name of his grandmother Lula. The winery he opened in 2010 is a tribute to his grandmother’s tenacity and optimism in the face of adversity. She was born in the Oklahoma Territory in 1879 and raised three children by herself while working multiple jobs with remarkable grace and optimism. Jeff cited her as his inspiration in life.

The winery that bears his grandmother’s name was lauded from the very start, with their first 600 cases selling out. Over the years, Hansen’s handcrafted Mendocino Coast and Anderson Valley wines – including Pinot Noir, Zinfandel, Dry Gewurztraminer, Sauvignon Blanc and Rosato – won him both loyal fans and a plethora of gold medals.

“Jeff and I were close friends since 1987, the year we both moved to Napa Valley and started our careers in wine,” says Steve Spadarotto, CEO at Far Niente Wine Estates. “He was charming and charismatic, loved by everyone who met him, and above all, an outstanding winemaker and loyal friend.”