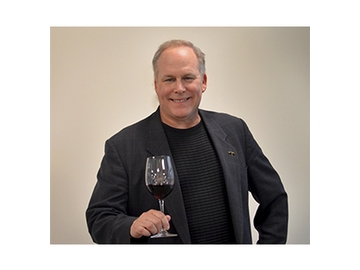 Santa Rosa, CA (January 8, 2018) – Michael Haney, Director of Membership and Government Relations of the Sonoma County Vintners, has been appointed Interim Executive Director by the organization’s Board of Directors. He replaces Jean Arnold Sessions, who is stepping out of the Executive Director position at the end of January 2018.

“The Board felt strongly that Michael Haney was the ideal candidate to lead the Sonoma County Vintners during this transition,” said Russell Joy, President of the Board of Directors. “Michael has spent the last three years as Director of Membership and is a vintner himself. In addition, he has been a leader in government and community relations and raised much needed awareness about the wine community’s positive impact to Sonoma County.”

Mr. Haney also has extensive experience in fundraising having served 11 years as a board member and three years serving as Executive Director of America’s original and oldest wine auction and events, l’Ete du Vin. During his tenure, the organization raised over $15 million for cancer related research and services.

“It’s an honor to serve the Sonoma County Vintners as Interim Executive Director,” said Haney. “Sonoma County is a world-class wine region, and I am passionately committed to continuing to bring greater appreciation to Sonoma County wines through advocacy and education.”

For candidates who wish to be considered for the permanent role of Executive Director, please submit your resume and contact information to Russell Joy at Russ.Joy@smwe.com.