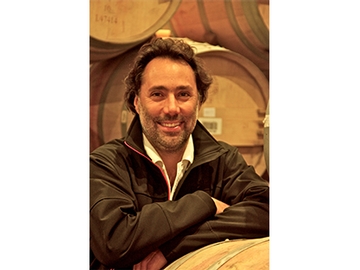 “Marcelo Papa’s appointment reaffirms our companywide emphasis on quality winemaking. Papa’s experience, track record of success and technical expertise will provide a creative new direction and source of inspiration for our talented winemaking teams. His vision and vitality, allied with our company’s continued investments in production and proprietary vineyards, are poised to take Concha y Toro and its wines to the next level in the years ahead.” – Eduardo Guilisasti, CEO, Viña Concha y Toro.

For 20 years Marcelo Papa has crafted some of Chile’s best-known, most memorable wines, from Concha y Toro’s perennially best-selling Casillero del Diablo line, available in over 160 countries, to the groundbreaking, ultra-premium Marqués de Casa Concha single-vineyard varietals, creating a signature style for each that has captivated wine lovers worldwide. Papa also spearheaded the launch of Concha y Toro’s super-premium Maycas del Limarí estate, a project he has led since its inception in 2005. While 2018 will mark Papa’s 20th vintage with Marqués de Casa Concha, it will not, however, be his last, with Papa continuing his role as lead winemaker for the Marqués collection

Papa’s career with Concha y Toro dates back to 1998. A graduate of Chile’s highly regarded Catholic University in Santiago, with a degree in agriculture and a postgraduate degree in oenology, Papa initially worked for Viñedos Emiliana, a seminal pioneer of organic winemaking in Chile, followed by five years in California with Kendall-Jackson, before returning to Chile to head up winemaking at Casillero del Diablo. A year later, Marqués de Casa Concha was added to Papa’s duties. At the end of 1999, the company appointed Papa Head Winemaker of its Puente Alto Winery, recognizing his interest in Cabernet Sauvignon

Under Papa’s direction, Casillero del Diablo and Marqués de Casa Concha have earned some of the most coveted accolades in Chilean winemaking. The 2002 edition of the Chilean Wine Guide hailed Papa’s Marqués de Casa Concha Cabernet Sauvignon as "Best Wine of its Class," later naming Papa "Winemaker of the Year" in 2005, referencing his work on Casillero del Diablo and his capacity to "create exceptional wines that are widely available in the marketplace, yet achieve extraordinary levels of quality in spite of large production levels.” Then, in 2008, Papa was once again named Chile’s "Winemaker of the Year," this time by the Association of Food & Wine Writers of Chile