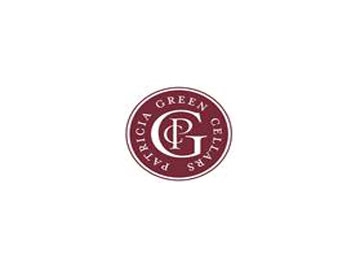 With great sadness, we would like to inform you that Patricia Green has passed away unexpectedly at the age of 62. She was at her home in Roseburg, Oregon when she was found. There is no way to convey this message without the heartache and loss that we feel here at the winery.

"I had the special privilege of having known, worked and partnered with Patty for over 20 years. I met Patty in 1995 and over the course of the preceding 22+ years we went from strangers working together to co-conspirators in making something out of a new Oregon winery to partners in a vineyard and winery venture that surpasses anything we ever expected to do. We had ups and downs like anybody does in any sort of relationship but we used to joke that other than the weird people whose marriages somehow survived owning a winery together that we were the longest standing winemaking duo in Oregon. There's something to both the factual information about that and the joking sentiment behind it that contribute to the special nature of our relationship.

Patty was a mighty force and an old soul crammed into a small little body. She had done so many interesting and crazy things in her life way before she started making wine that it was hilarious how far down the list the life of a winemaker was in her amazing life. Her approach to winemaking was pure. She had no motivations to be famous or acknowledged or even particularly that well paid. She had a belief in what parts of the earth could bear and what she could do to guide that fruit along a path of turning from one pristine to state to another. Because of her desire to be extremely low-profile and the nature of the winery itself she likely did not get the accolades for her work in the Oregon wine business. Nonetheless I know that the loss I feel will also be a loss to the more delicate soul of all the things that make winemaking and vineyard tending special in Oregon.

Obviously at this time we are simply attempting to inform people and figure out how we will all go about grieving. There is still very little information available, even to us, and we appreciate that for the time being folks allow us to attempt to figure out where things stand and what will be done to ensure that everyone can have an opportunity, if they wish, to share in saying goodbye and celebrating the life of a unique, special and wonderful individual."

We understand and appreciate that people may want to reach out. Memorial services details are in progress.