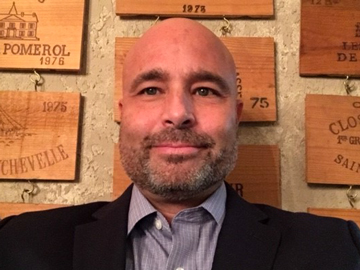 Phil Corrente joins Quintessential after more than 22 years’ experience in the wine industry, first as a Fine Wine manager overseeing 16 sales representatives and over 3,000 labels for a major Florida distributor, then moving to the supplier side as the Western Sales Manager for a major California winery, directing sales in 11 states out of Denver, CO. He also worked at Remy Cointreau in the same capacity. In 2013, Phil returned to Florida as Southeast Regional Sales Manager for the CA winery.

With Quintessential, the Rhode Island native is responsible to manage the sales and promotional efforts of distributors and the company’s sales personnel in Florida, Georgia, South Carolina, Tennessee, Mississippi, Alabama, North Carolina, Virginia, West Virginia, Delaware, Maryland and the District of Columbia. He is certified in the Wines and Spirits Education Trust and the Court of Sommeliers. Phil lives with his wife and four children in Boynton Beach, Florida.