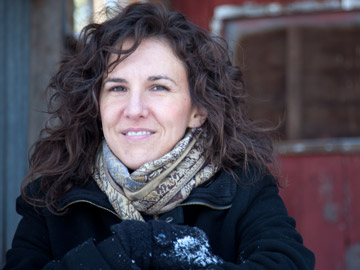 Wednesday, May 27, 2015 London, England — The award-winning wine information website JancisRobinson.com has appointed a specialist writer to extend its coverage of American wine. Elaine Chukan Brown will write for JancisRobinson.com and review wines from all over the U.S., with a particular focus on California. Her first article, to be followed by an in-depth series on the West Sonoma Coast, is published today.

Jancis adds, “although we publish quite a number of articles about American wine, I have been all too aware that the major element missing in JancisRobinson.com’s global coverage was a US-based specialist reviewer - not least because the United States is one of the most vibrant and dynamic wine markets on earth. I am delighted to have appointed Elaine whose thoughtful, literate approach to wine chimes so well with ours.”

Based in Sonoma, Elaine Chukan Brown has won acclaim for her WakawakaWineReviews.com and contributions to Wine & Spirits and The World of Fine Wine. She was awarded the Frank Prial Fellowship in 2015 by the Napa Valley Wine Writers Symposium. To read Elaine’s first article on JancisRobinson.com in which she introduces herself, click here for free.

Jancis Robinson has been described by Decanter magazine as “the most respected wine critic and journalist in the world.” She launched JancisRobinson.com in 2000 and in 2001 added the successful members’ section, Purple Pages. Currently, the completely independent site has thousands of members both in the U.S. and in 150 other countries.

Constantly redesigned and upgraded, JancisRobinson.com publishes two articles most days. Members have exclusive access to the most up-to-date Oxford Companion to Wine, all maps from the latest, 7th edition of The World Atlas of Wine and a database of 112,000 wine reviews. Membership costs the same as it did 10 years ago, £69 ($108) per year or £6.99 ($11) for one month.

The JancisRobinson.com team continues to grow and includes: Master of Wine Julia Harding, co-author of Wine Grapes – a complete guide to 1,368 vine varieties including their origins and flavours, wine writer and MW student Richard Hemming, Financial Times restaurant critic Nicholas Lander, San Francisco-based Alder Yarrow of Vinography.com who contributes a monthly column as do Alex Hunt MW from London and Max Allen from Australia, and regional specialists Walter Speller on Italy, Ferran Centelles on Spain and Michael Schmidt on Germany.

Jancis Robinson OBE MW has been visiting American wine country since 1976, was honorary secretary of the Zinfandel Club in the UK and with her husband Nick Lander, established an all-American wine list for his hit London restaurant L’Escargot in the 1980s. In 2010 JancisRobinson.com was voted first-ever Wine Website of the Year in the Louis Roederer International Wine Writers Awards. On Twitter, @JancisRobinson has nearly a quarter of a million followers. Jancis Robinson is an acclaimed author, Financial Times wine writer and favours subtlety over mass in wine. She co-authored American Wine (2012) with Linda Murphy, and will be launching the next, 4th edition of The Oxford Companion to Wine in the US in October this year.