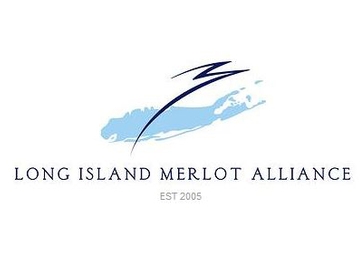 MATTITUCK, NY (March 1, 2015) – The Long Island Merlot Alliance (LIMA) announced the appointment of top wine and spirits journalist Amy Zavatto as executive director. With 2015 marking the 10th anniversary of LIMA, Zavatto will lead the charge on a year-long campaign of merlot-centric celebrations, educational opportunities, and events, as well as the establishment of Long Island Merlot Month in November 2015.

Amy Zavatto is a Shelter Island native living in New York City. She is the published author of The Renaissance Guide to Wine and Food Pairing (Penguin), The Architecture of the Cocktail, and the soon to be released Wild Cocktails (Harper UK/Race Point).

She is committed to working closely with LIMA members to advance their mission promoting the unique wines of the Long Island appellation, and educating consumers, trade, and media worldwide on Long Island merlot’s high-quality, range, and aging potential.

“I am thrilled to be working with such a talented, passionate group of winemakers and proud to promote their wines and the wines of my home region,” says Zavatto.

Among her other wine endeavors, Zavatto is a candidate for the Diploma from the London-based Wine and Spirits Education Trust and a judge in the state’s largest wine competition created by the New York Wine and Grape Foundation, the annual New York Wine & Food Classic in Watkins Glen, NY.

“I have known and worked with Amy for a long time, and with her I believe we have found a true advocate for the region; someone who understands not only our AVA, but a person who can help us to take the Alliance to the next level,” said Roman Roth, president of LIMA and partner/winemaker, Wölffer Estate Vineyard in the Hamptons. “Amy has the unique perspective of not only logging more than a decade as a dedicated wine journalist, but one who literally grew up alongside the vines of eastern Long Island. Her perspective, knowledge, and relationships will be invaluable to us.”

Her focus will be a two-pronged effort to promote merlot and merlot-based blends from the Long Island AVA, as well as educate both consumers and the trade on the grape’s expression and high quality from the entry-level to premium categories gleaned from the particular terroir and climate of eastern Long Island.

"Among many of the great grape varietals grown in New York State, Long Island’s unique climate and terroir lends itself particularly to being one of the premier places in the world to grow merlot, which consistently produces naturally balanced and structured wines with natural acidity, ripe tannins, and balanced fruit and alcohol,” says LIMA vice president Anthony Nappa, winemaker for Raphael.

Zavatto is also enthusiastic to form alliances with other wine groups in the region, as well as work with the current administration in Albany to bring more attention and focus to New York wine. In addition, she will oversee the promotion Merliance wine; the only cooperative wine made on Long Island, representing eight leading producers covering both the North and South Forks.

About the Long Island Merlot Alliance

The group collectively produces a blend of their best merlot lots each year, culminating in the annual release of Merliance wine, a blend of merlot from each LIMA-member winery, which hail from Long Island’s North Fork and the Hamptons American Viticultural Areas. The sale of Merliance wine funds the activities of the LIMA, from research initiatives to education and events.