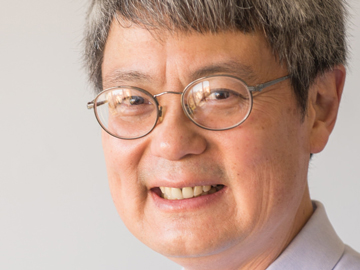 Mark Chien will take over as the program coordinator of OSU's Oregon Wine Research Institute on May 28. He was previously tasked with elevating the quality of Pennsylvania wines as the administrator of the Penn State Wine Grape Program.

OSU's wine institute is comprised of 12 core scientists with expertise in areas that include viticulture, enology, pest management, flavor chemistry and sensory analysis. It’s a virtual institute with offices and labs at OSU's Corvallis campus and several of its research centers around the state. Its mission is to address the needs of Oregon's wine industry through research and educational outreach.

Chien's position is a new one and has more of a coordinating and facilitating role than a directing role. The institute is led by interim director Bill Boggess, but that position will cease to exist once Chien arrives. The idea is for leadership to come from the scientists as opposed to having a top-down approach in which one person sets the research focus, said Boggess, who will continue to serve as executive associate dean of the College of Agricultural Sciences with overall responsibility for the institute.

Chien will manage the institute's daily operations, monitor progress on funded projects, oversee its educational outreach efforts, help attract resources and facilitate communication and engagement with the industry. He'll spend his initial months traveling around the state to meet with industry representatives and find out what kind of research they need OSU to carry out.

"I don't have an agenda," he said. "I'll get a sense of what the industry wants and match that with resources here. Part of my job is to make sure that there's open communication between industry and researchers and that expectations are clear."

Chien is no stranger to Oregon, which was home to 905 vineyards and 379 grape-crushing wineries in 2012, according to the Southern Oregon University Research Center. Chien managed the grape-growing operations at Temperance Hill Vineyard near Salem from 1985-1999. During that time, he helped establish research priorities for the then-Oregon Wine Advisory Board and helped OSU acquire Woodhall Vineyard. He also helped create the viticulture and enology program at Chemeketa Community College and the nonprofit known as LIVE (Low Input Viticulture and Enology), which certifies vineyards and wineries that use sustainable practices.

From 1983-85, he was the vineyard manager and winemaker at Pindar Vineyards in New York.

The Pennsylvania State University hired him in 1999 as its viticulture educator to establish its wine grape Extension program, with the ultimate goal of helping the state's vineyards improve the quality of their grapes. The eastern United States, including Pennsylvania, is arguably one of the hardest places in the world to grow grapes for high-quality wine, he said. While there, he provided empirical and research-based information to growers via a website, an electronic newsletter, workshops and field demonstrations.

OSU hired Chien because of his experience in the public and private sectors, Boggess said.

"Mark had a foot in industry at Temperance Hill and he understands the academic side from his Penn State work," Boggess said. "He's already well-known in Oregon and has good connections with national research groups and funding sources."

About the OSU College of Agricultural Sciences

The college contributes in many ways to the economic and environmental sustainability of Oregon and the Pacific Northwest. The college's faculty are leaders in agriculture and food systems, natural resources management, rural economic development research, environmental toxicology and human health research.