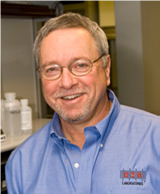 Fixing problems in a winery can be one of the most difficult challenges a winemaker/owner faces. Dr. Richard DeScenzo, microbiology group leader at ETS Laboratories, will help identify some of the most common problems and the way to fix them in an enology breakout session next week at WiVi Central Coast 2013, held in Paso Robles, California. He will join Samantha Kollar, technical sales manager for Enartis Vinquiry, and Signe Zollar, president of Zoller Wine Consulting in the March 19 panel discussion led by Wine Business Monthly editor in chief, Cyril Penn. Tickets are available at www.wivicentralcoast.com.

Richard DeScenzo received his master’s and doctorate degrees at the University of New Hampshire, in the areas of plant pathology and molecular biology. Following the completion of his Ph.D., he conducted post-doctoral studies on disease resistance genes in barley with the United States Department of Agriculture/Agriculture Resource Service at Iowa State University. He joined the research group at E&J Gallo in 1996 and led research on grape genomics and development of diagnostics for grape pathogens.

Beginning in 2001, he focused his efforts on investigating malolactic fermentation and development of rapid diagnostics to detect and distinguish between strains of the bacteria responsible for malolactic fermentation. DeScenzo joined ETS in January 2006 and led efforts in the microbiology group to modify the existing Scorpion Wine Spoilage detection methods and develop the Scorpion Wine Spoilage Detection Kit. He currently splits his time between helping clients with microbial problems in their wine and developing improved diagnostic tools for the wine industry.