The Board of Directors of Bank of Marin Bancorp, parent company of Bank of Marin (collectively, the “Company”), has appointed Michaela Rodeno to its Boards of Directors, effective July 2, 2012. Rodeno brings 40 years of business and wine industry experience to the Company Boards, which now have 12 active members. During her distinguished career in the wine industry, Rodeno was employee #2 and the Vice President of Marketing for Domaine Chandon, and was the first CEO of St. Supery Winery – one of the industry’s very few female CEOs. During her 21-year tenure, she also served as a board director of Silicon Valley Bank for ten years and served in leadership roles on the audit, compensation and lending committees during a time of significant growth for that Bank. 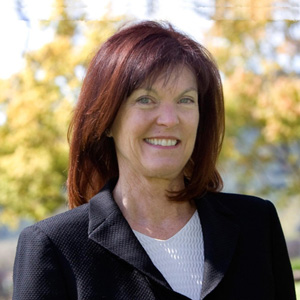 “We are delighted to have Michaela join the Company as a Board Member,” said Joel Sklar MD, Chairman of the Board. “Michaela’s leadership skills and significant management and board experience will be of great value, particularly as we continue to expand in Napa and Sonoma Counties and build our wine and wine-related portfolio, which is one of our highest priorities. Michaela has a strong track record of success in business and driving positive change in the community, and she will be a wonderful ambassador for the Company.”

Rodeno is retired and remains active in business, serving on the Advisory Board for Round Pond Estate, a winery in Rutherford, Napa Valley, and on the boards of two industry trade associations, including Visit Napa Valley [formerly known as the Napa Valley Destination Council] of which she is Chairman, and the Wine Market Council. She has been serving as an advisor to Astia since 2010, a global organization that works with and mentors scalable women-owned businesses. She also lectures in the International and Executive programs for the University of San Francisco School of Business and manages the Rodeno family winery, Villa Ragazzi.

Rodeno and her family currently reside in Napa Valley, California.

About Bank of Marin
Bank of Marin, as the sole subsidiary of Bank of Marin Bancorp (NASDAQ: BMRC), is the premier community and business bank in Marin County with 17 offices in Marin, San Francisco, Napa and Sonoma counties. Bank of Marin offers business and personal banking, private banking and wealth management services, with a strong focus on supporting local businesses in the community. Incorporated in 1989, Bank of Marin has received the highest five star rating from Bauer Financial for more than twelve years (www.bauerfinancial.com) and has been recognized for several years as one of the "Best Places to Work in the Bay Area" and one of the "Top Corporate Philanthropists" by the San Francisco Business Times. With assets exceeding $1.4 billion, Bank of Marin Bancorp is included in the Russell 2000 Small-Cap Index and has been recognized as a Top 200 Community Bank for the past five years by US Banker Magazine. For more information, visit www.bankofmarin.com.