A Napa Valley wine company has drawn the ire of state officials and vintners in Oregon for allegedly using misleading labels for two Pinot Noir brands, according to letters sent to federal authorities.

Copper Cane LLC of Rutherford “may not be in compliance with federal and Oregon wine labeling and advertising regulations,” the Oregon Liquor Control Commission said in a complaint letter to the Alcohol and Tobacco Tax and Trade Bureau on Sept. 6

One issue is the American Viticultural Area claim on Copper Cane’s “Elouan” and “The Willametter” labels, according to letters sent to federal regulators.

“The Commission has reason to believe that some wines labeled with an Oregon AVA were not fully finished in Oregon,” according to the letter sent to the federal agency.

Labels that allegedly make references to Willamette Valley, Umpqua Valley and Rogue Valley have not been issued Certificate of Label Approvals by the TTB, according to the document.

A representative for Copper Cane, which has a Rutherford mailing address, could not be reached to comment.

Copper Cane owner Joe Wagner is a familiar name in the wine industry. Wagner in 2015 sold the label Meiomi to Constellation Brands for a reported $315 million.

Presenters appearing before the Oregon Liquor Control Commission Friday are expected to include industry representatives, including the Oregon Winegrowers Association. The trade organization represents 700 wineries and 1,000 wine grapegrowers.

The trade group in August requested that the Oregon Liquor Commission “investigate and enforce Oregon labeling and unfair trade practice laws against Copper Cane’s wine labels that misuse Oregon appellations of origin on wine labels,” according to the letter the Oregon Winegrowers Association sent Aug. 23 to the commission.

“It appears that Copper Cane purchases bulk wine produced in Oregon and vints and bottles the wine at its winery in Rutherford, California, under ‘The Willametter’ and ‘Elouan’ wine labels. We also understand that Copper Cane may be processing some wine grapes in Oregon but it is unclear whether those are fully finished into wine before leaving the state or the wine is produced in California,” according to the letter.

The TTB requires the wine be “fully finished within the state where the AVA is located,” according to the letter dated Aug. 23.

The trade association asked that the Oregon Liquor Control Commission request “the production, transfer in bond, and bottling records for ‘The Willametter’ and ‘Elouan’ wines to determine if Copper and Cane is complying with Oregon law,” according to the letter.

Under Oregon law, a wine that claims on its label to be from an AVA in the state must contain 100 percent Oregon fruit and 95 percent grapes from the named AVA.

David Gomberg, an Oregon state house representative and the chairman of the House Committee on Economic Development and Trade on Friday said the committee will discuss Oregon wine labeling laws at a hearing on Sept. 24.

Gomberg in August wrote to an assistant attorney general for the state of Oregon to request the agency take action against Copper and Cane for allegedly violating the state’s Unlawful Trade Practice Act, according to the email sent Aug. 14. Gomberg alleged promotions of Copper and Cane wines in Oregon stores appear “intentionally deceptive,” according to the document.

None of these valleys are along the Coast, Gomberg said Friday, adding Copper and Cane should take a “geographic” lesson.

For the past year, winemaker David Adelsheim has discussed imposing stricter rules on labeling laws for Pinot Noir wines from Willamette Valley.

Oregon law requires a wine must contain 90 percent of the fruit from a given variety like Pinot Noir for a label to mention that grape.

Adelsheim said the Copper Cane issue was incidental to these proposed changes. He only wants to protect the Willamette Valley.

“It’s time to do it before it becomes impossible to do,” said the longtime Willamette winemaker. 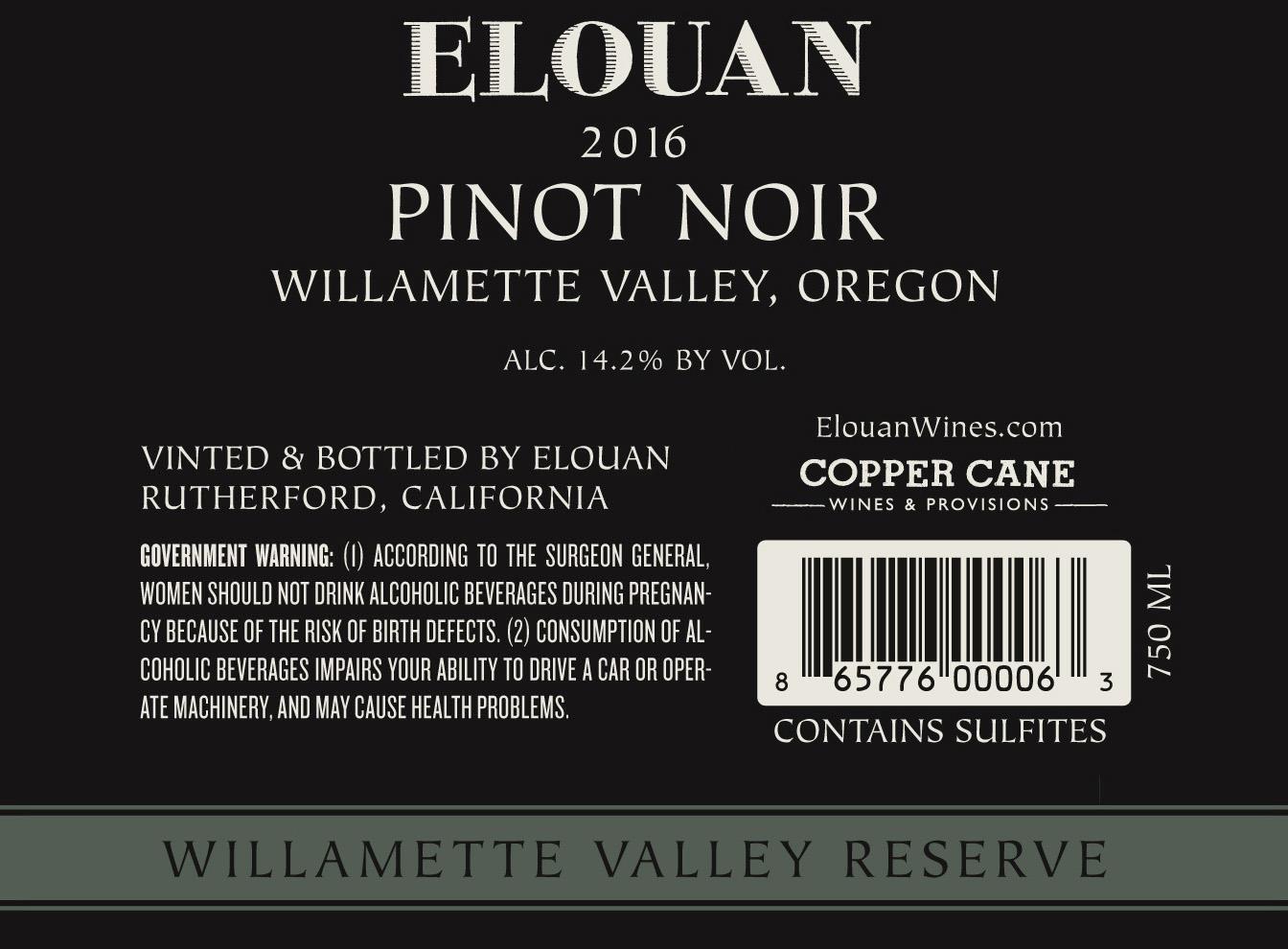