As the trend of “natural wine” continues to gain traction, fueled by a desire to experience wine that has been created with non-interventionist tactics, a new style of wine has emerged from Southern Spain that propels this concept to the extreme. Referred to as “seasonal sherry,” this type of dry fino from Jerez and manzanilla sherry from Sanlucar, could, in the past, only be experienced deep within a bodega cellar at different times of the year. But now some producers are exporting these special wines, and they are gaining attention from sommeliers and other natural wine lovers in the know.

The Wine is Alive

“Fino and manzanilla wine are alive in the barrel for a minimum of three years before bottling,” states Cesar Saldana, Director General of Consejo Regulador for Sherry, “but many producers will wait five to eight years before bottling, which means the wine is alive even longer.” By “alive” Cesar is referring to the special yeast called “flor” that is only native to the Sherry region of Southern Spain. These colonies of tiny creatures form a soft white blanket that coats the palomino grape wine in barrel, protecting it from oxygen and imparting it with a unique taste of crisp green apple, almond, and chamomile.

Flor Colony Changes with the Season

“Flor, in Spanish, means flower,” explains Eduardo Davis of Bodega Traducion. “The white film created by the yeasts looks like tiny white flowers, so we call it flor. However, since they are living creatures, they change with the seasons. For example, in the Spring time they have more white flowers and the colony is thicker, while in the autumn, the color darkens a bit and the texture changes.”

Due to the seasonal changes in the living colony of flor, the taste of the wine also changes subtlety. “For me,” explains Fermin Hidalgo, General Director of Bodega Hidalgo-La Gitana, “the Spring time wine is more crisp and light with stronger notes of green apple, while the Autumn wine is a bit heavier with more almond notes.” 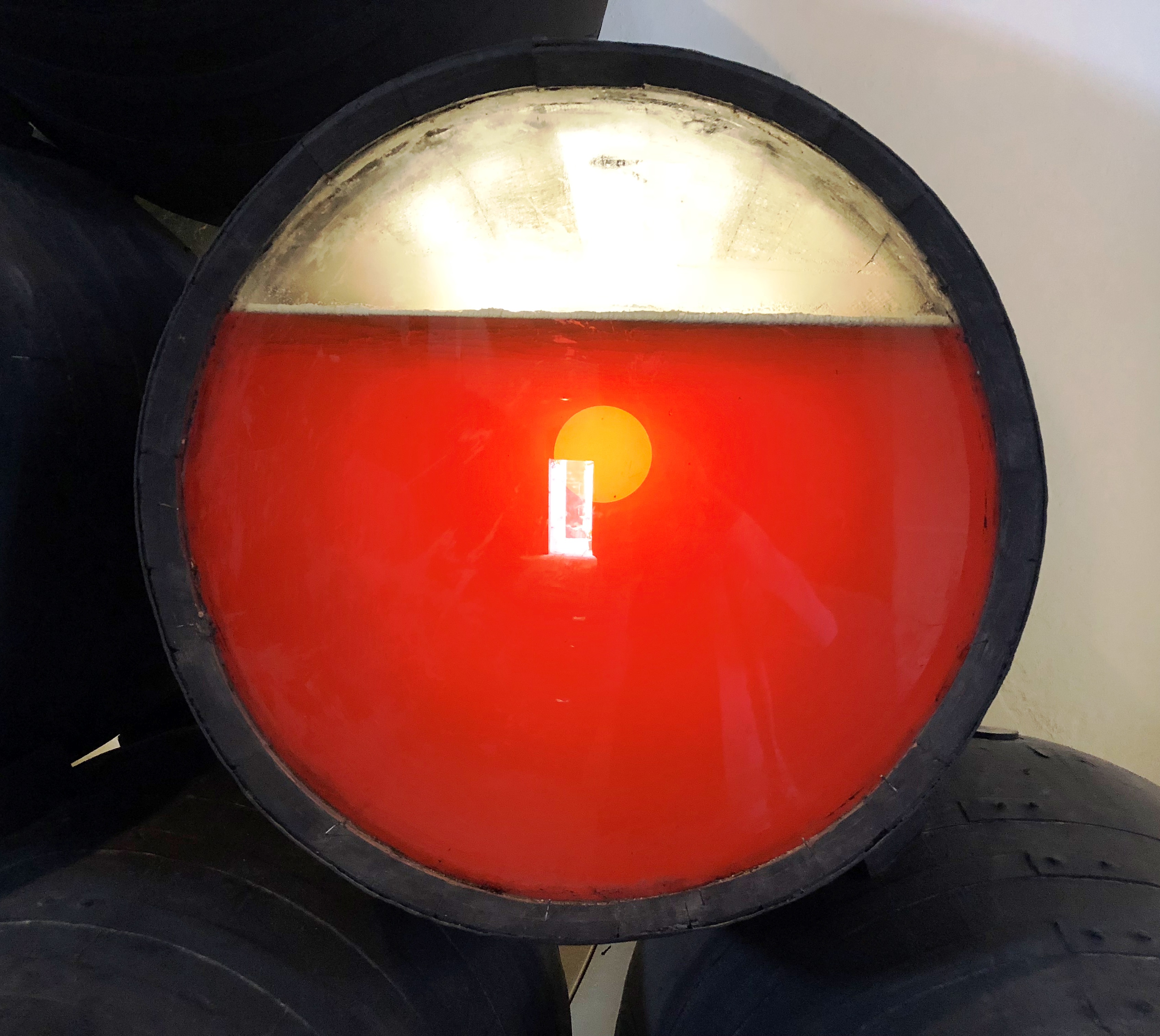 The Art of “Saca”

One of the earliest producers to bottle seasonal sherry is Barbadillo Winery with their Solear brand. “We wanted to show how the yeast activity on the surface of the wine changes the organoleptic characteristics,” explains Montse Molina, winemaker at Barbadillo.

The process of gently removing the sherry from the barrel at different times of the year is called “saca,” or to “take out.” Therefore, bottles may be labeled Saca de Primavera, for “taking out in Spring,” or Saca de Otono (autumn), Verano (summer), or Invierno (Winter). The two most common times to create a seasonal sherry are Spring and Autumn, because there is the most activity in the flor colony during these months, and the flavors are more distinctive.

According to Montse, “We don't clarify and we only make a light filtration when we see that it helps the wine's expression. The feeling in the mouth changes less than the nose between the seasons.”

The Concept of “En Rama”

Other producers argue that a seasonal sherry wine that it truly “natural” should be bottled “en rama.” Generally all sherry is fined and filtered before bottling so that the tiny specs of flor floating in the wine can be removed. This makes the wine clear with no particles. However, natural wine enthusiasts do not advocate fining or filtering, because they want their wine to be as natural as possible. It should be noted that there is not yet an accepted legal definition of natural wine. Therefore, producers of sherry have named this extraction of wine from the barrel with little or no filtration as “en rama,” – meaning “on the branch” or “raw.”

“At Tio Pepe we produce an en rama wine in the Spring,” states Victoria Gonzales-Gordon, a member of the Gonzales-Byass family and International Marketing Manager. “We believe the Spring time is the best expression of the flor, and we put the date on the back of the bottle to show the wine was taken from the barrel in the Spring.” 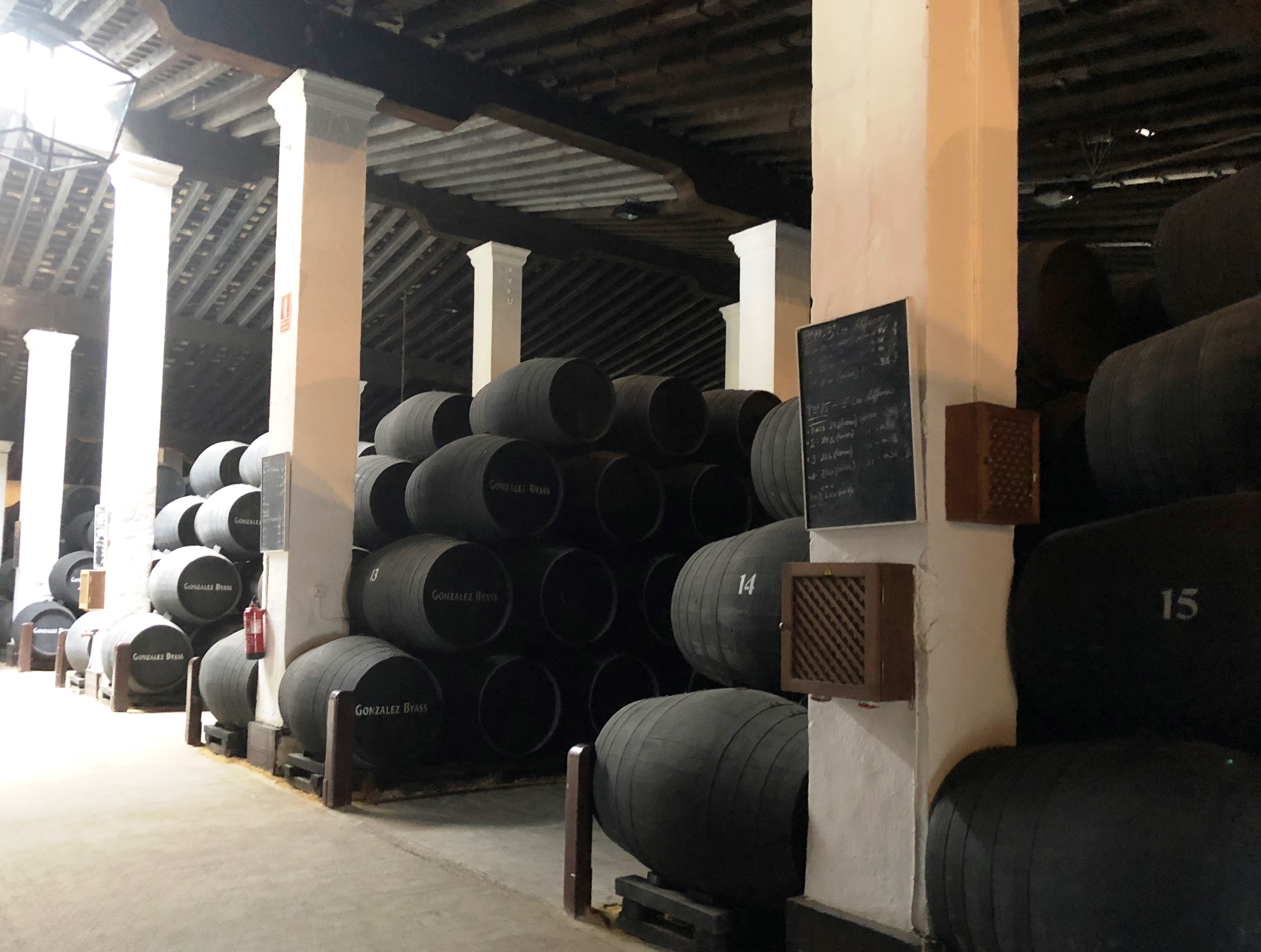 Sherry Barrels in Solera at Gonzalez-Byass Winery in Jerez, Spain

Wine enthusiasts who are interesting in tasting the difference between a traditional fino or manzanilla sherry and a seasonal one, may want to buy one of each from the same producer. Consumers should look for bottles that are labeled “Saca” with the season and/or “En Rama” with a date on the back of the bottle. The price of a seasonal sherry is usually higher than a traditional sherry because of the special bottling techniques and less intrusive winemaking methods.

As always with fino and manzanilla sherry, it should be served chilled and within two to three days of opening the bottle. These crisp, dry and refreshing styles of sherry are an excellent accompaniment to seafood, salads, soups, and grilled vegetables. They are also delicious on their own as an aperitif, often served with olives or nuts.

Dr. Liz Thach, MW is a wine journalist and the Distinguished Professor of Wine at Sonoma State University in California where she teaches in the Wine MBA and undergraduate wine business programs. She is an award winning author who has published 8 wine books and more than 150 articles. Liz was the first female to become a Master of Wine in California.