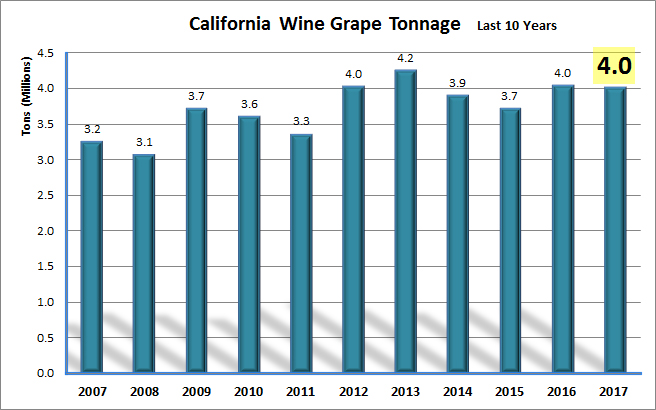 The California Agricultural Statistics Service’s preliminary crush report released today shows 4 million tons of wine grapes were crushed in 2017 in the Golden State – about the same as in 2016.

Red wine grape prices continue to increase, according to the report state and federal officials published at noon.

Cabernet Sauvignon was the leading red grape variety, with 14.2 percent of the total crush.

Napa (District 4) produced the most expensive wine grapes. The highest average price was about $5,205 per ton, up 11 percent from 2016.

The tonnage and prices published in the preliminary report are for grapes sold before Jan. 10.

The report is available at: www.nass.usda.gov/ca 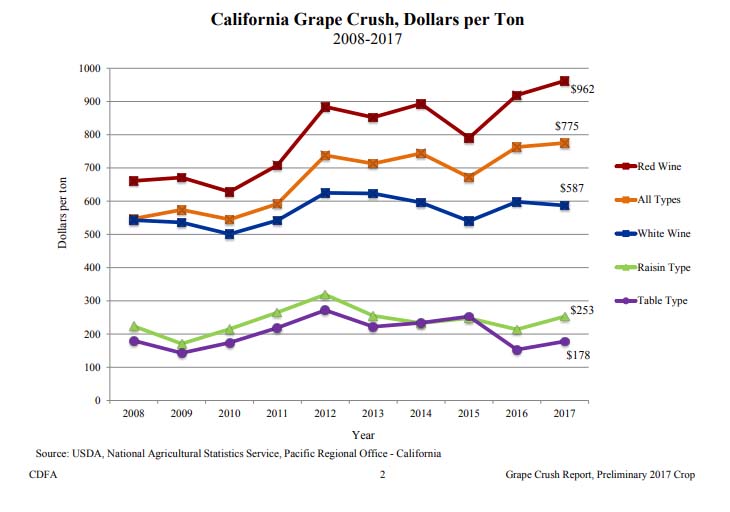