A celebration of life memorial service will be held at St. Patrick's Episcopal Church (9000 Sonoma Hwy, Kenwood, CA) on Tuesday, August 22nd. ... After developing an interest in California wines, Jim began writing for wine publications and moved to Sonoma ...
July 28, 2017

Jim Hammett, age 68, of Sonoma, CA, passed away on Thursday, July 20th after being diagnosed with double pneumonia. A celebration of life memorial service will be held at St. Patrick’s Episcopal Church (9000 Sonoma Hwy, Kenwood, CA) on Tuesday, August 22nd at 11:00 am. The Rev. Jennifer Hornbeck and the Rev. Ray Eko Estabrook will be officiating. 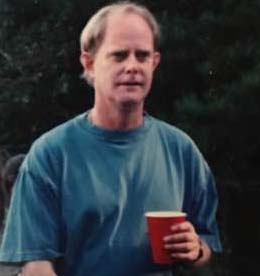 Jim earned a B.A. in Journalism at NE Louisiana State University and started his career with The Monroe Morning World, Shreveport Times and with the Dallas Business Journal before joining Advertising Age Magazine in Chicago. His journalism career brought him to New York City, where worked for McGraw-Hill before joining Reuters, the British news agency, as a senior financial and business editor. He subsequently moved to San Francisco, launching his own consultancy and writing business.

Jim is fondly remembered among his friends for hosting Friday night potluck dinners at his home in San Francisco in the late 1980s and early 1990s. Every New Year's Day he drew on his Southern roots and prepared a traditional meal of black-eyed peas and ham, greens and cornbread.

After developing an interest in California wines, Jim began writing for wine publications and moved to Sonoma. Following a stint with Wine Business Monthly and Smart Wine Magazine, Jim was one of the founding editors of WineToday.com, a subsidiary of The New York Times, and he later served as managing editor of Appellation Magazine. After a stroke affected his ability as a journalist, Jim went back to school to study landscape design and web page design.

In lieu of flowers the family requests that donations be made to St. Patrick’s Episcopal Church or contributions can be made in his name to Pets lifeline: