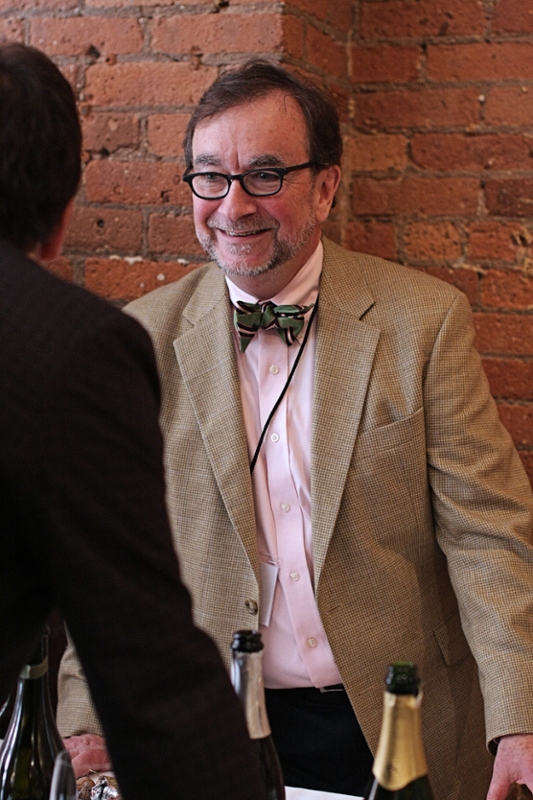 It is with considerable shock and sadness that Skurnik Wines & Spirits announces the sudden passing of longtime employee and wine industry icon, Tom Lynch, due to complications from cancer treatment.

Tom is survived by his longtime wife June, and children Jack and Claire.

Skurnik was just a fledgling company back in 1991 when founder Michael Skurnik asked his longtime friend to be the company’s first salesperson, as well as the first employee not named Skurnik.

Michael had met Tom in 1976, the day they both started as waiters at Windows on the World, the legendary restaurant in lower Manhattan atop the Twin Towers. They waited on tables together for several years before following similar paths, each becoming a salesperson for a now defunct wine distributor named Establishment Import Company. They went their separate ways for several years before being reunited at Skurnik in 1991. This year marked 30 years that Tom was employed by the company – and he was truly revered by fellow employees, as well as many winery owners, sommeliers, retailers and other industry folk.

Skurnik CEO Michael Skurnik said, “We can not thank Tom enough for his great friendship and for all the contributions he’s made over the years helping to keep the Skurnik boat afloat. This is a very untimely loss, Tom has gone way too soon. He will be missed greatly, by many, for a very long time.”

Skurnik President Harmon Skurnik added, “Tom was one-of-a-kind and much loved. He was a fixture at the company almost since the beginning – it is frankly hard to imagine the company without his jovial persona among us. This is a very sad day indeed.”