Domestic Wine Sales Increase 23% in May 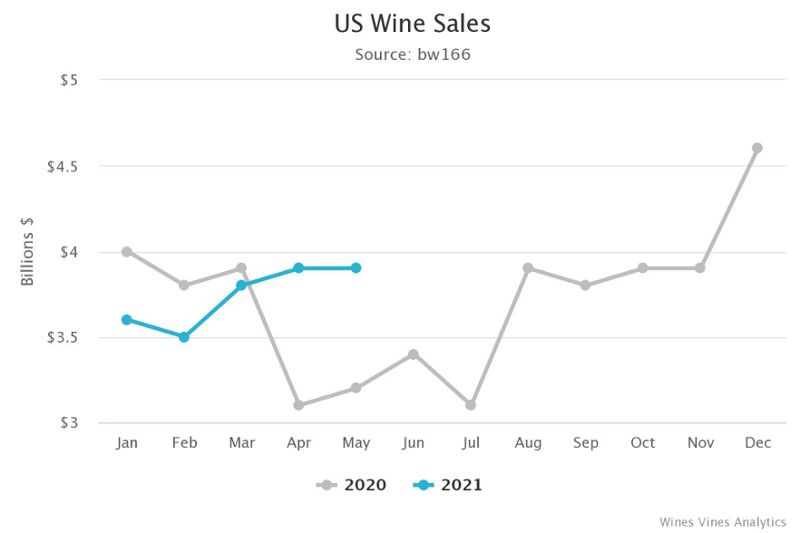 Compared to the same time last year, sales of domestic wines were up 23% to $3.9 billion as the industry inches closer back to normal.

The dramatic jump is in comparison to the initial months of the pandemic when the on-premise sector was widely shut down across the United States. As that part of the industry revives, it is lifting the total U.S. wine market back to normal.

The total market data is part of the Wine Industry Metrics featured each month in the Wine Analytics Report that was released on June 15.

Other metrics tracking declines in activity represent a return to pre-pandemic business as usual.

The volume of winery direct-to-consumer (DTC) shipments also fell 13% compared to May 2020 but that was to be expected compared to the surge in additional DTC shipments during a peak period of regular wine club shipments.

Compared to two years ago, value is up 25% while case volumes increased 26%, indicating a comfortable gain versus pre-pandemic levels.

Winery hiring also remains dramatically above where it was at this point last year, with the Winery Job Index (tied to postings on winejobs.com) up 154% in May compared to last year.