DeVries helped lead a renaissance in quality, innovation and sustainability at the vintner
by Fetzer Vineyards
December 08, 2020 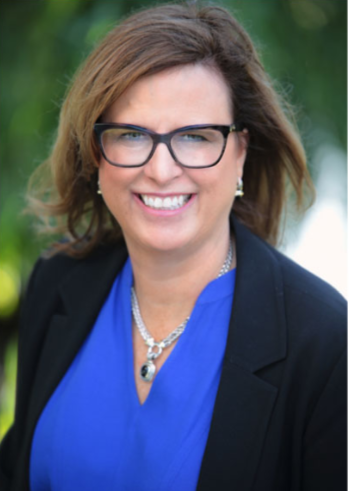 Hopland, Calif. —  Fetzer Vineyards, the nation’s 12th-largest wine marketer and a leader in climate-smart business practices, today announced the retirement of Cindy DeVries, Chief Operating Officer of the winery since 2014. DeVries served Fetzer Vineyards for nearly 28 years, during which time she was integral to management teams that
stewarded the winery through two ownership transitions, and oversaw a renaissance in quality, innovation and sustainability. As head of the winery’s pacesetting regenerative development program, DeVries helped Fetzer Vineyards obtain B Corporation certification in 2015, implemented cutting-edge resource conservation initiatives, and spoke alongside senior political and business leaders at the 2017 global climate conference, COP23.

DeVries began her career with Fetzer Vineyards as an accountant, advancing through a variety of positions in the finance arena including assistant controller and director of finance. In 2007, she was promoted to VP & General Manager of the winery, and in 2014 was named Chief Operating Officer of Fetzer Vineyards. During her leadership of the Hopland-based winery’s operations from grape to glass, DeVries embodied the qualities of a steady hand who also embraced innovation, expertly guiding Vineyard Operations, Grower Relations, Winemaking, Supply Chain, Production, Facilities & Engineering, IT, Legal, Process & Execution, and Regenerative Development teams. She is among the most senior female leaders of a top-12 U.S. wine company.

“In addition to stewarding operational excellence at Fetzer Vineyards across an array of eras, circumstances and marketplace realities, Cindy has distinguished herself with her work ethic and willingness to adapt to evolving opportunities and challenges,” said Giancarlo Bianchetti, CEO of Fetzer Vineyards, of DeVries. “Cindy’s capacity to learn and reinvent herself, together with her loyalty and high integrity in the way she conducts business, inform her legacy and leave a truly lasting impression.”

Beyond the winery’s doors, DeVries’ leadership was recognized in a variety of ways over the years. She served on the board of directors of Wine Institute, California’s premier wine policy and marketing organization, and was a featured speaker at the 2018 National Alcohol Beverage Control Association (NABCA) conference on the topic of the gender gap. In her remarks at NABCA, DeVries encouraged industry leaders to pursue greater diversity and inclusion, noting that there remain gaps to close including representation of women in key roles. In 2018, DeVries was named Green Personality of the Year among global wine and spirits business executives by The Drinks Business, which singled out DeVries for her “singleminded drive to ensure one business lives and breathes sustainability.”

DeVries raised her voice for environmental sustainability in a variety of venues, representing Fetzer Vineyards and California businesses in Bonn, Germany at the 23rd annual global climate conference, where she joined other executives and former California Governor Jerry Brown on stage to discuss how the business community can help advance successful climate policy. While in Germany, DeVries accepted a recognition on behalf of Fetzer Vineyards from the United Nations, a “Momentum for Change” award for climate action. It was an apt moment, as the award—given to just a handful of businesses around the world each year—symbolizes much that DeVries has helped Fetzer Vineyards build toward during her remarkable career: excellence, innovation and impact.

DeVries is succeeded in her role by Erik Olsen, a seasoned operations leader in the wine industry who was most recently vice president-general manager for Constellation Brands’ Clos du Bois Winery. Olsen will assume the COO role at Fetzer Vineyards December 15, 2020. 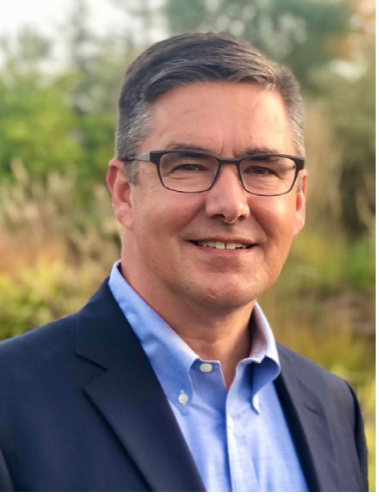 Olsen brings to Fetzer Vineyards extensive experience in crucial areas of management, viticulture and winemaking cultivated over a dynamic career spanning several decades at leading wine companies. He spent 10 years as winemaker at Chateau Ste. Michelle in Washington State before joining Clos du Bois in Sonoma County in the role of vice president
of winemaking. Following the winery’s acquisition by Constellation in 2007, Olsen ascended to the role of vice president and chief winemaker at Constellation, a role that included oversight of winemaking activities for all U.S. wine production and imported wines, global sourcing, new product development, and winemaking matters arising from M&A activity.

Olsen holds a B.S. in fermentation science from UC Davis, an M.S. in food science specializing in enology from Cornell University, and an MBA from the University of Washington. Over the course of his career, Olsen has produced dozens of wines rated 90+ and is a published author and speaker at consumer and industry events.

“Erik brings to Fetzer Vineyards tremendous qualifications, including a deep understanding of winemaking, winery operations at the premium-and-above level, wine supply strategy, and general business,” said Bianchetti, of Olsen. “Three decades of extensive experience and knowledge of every facet of winemaking operations within a complex organization enable Erik to bring a nuanced perspective to our business as a whole, and help us drive toward continued evolution, efficiency and growth.”

About Fetzer Vineyards
Fetzer Vineyards is the world’s largest winery certified as a B Corporation and the recipient of a United
Nations Momentum for Change award for global leadership in climate-smart winegrowing. A wine industry
leader in using business as a force for good, Fetzer Vineyards stewards an award-winning portfolio of multiorigin
wines and spirits that are available in more than 50 countries worldwide. Founded by Barney Fetzer
in Mendocino County, California, in 1968, Fetzer Vineyards today remains driven by excellence, innovation
and longstanding commitments to the environment, regenerative agriculture, and responsible business
practices.