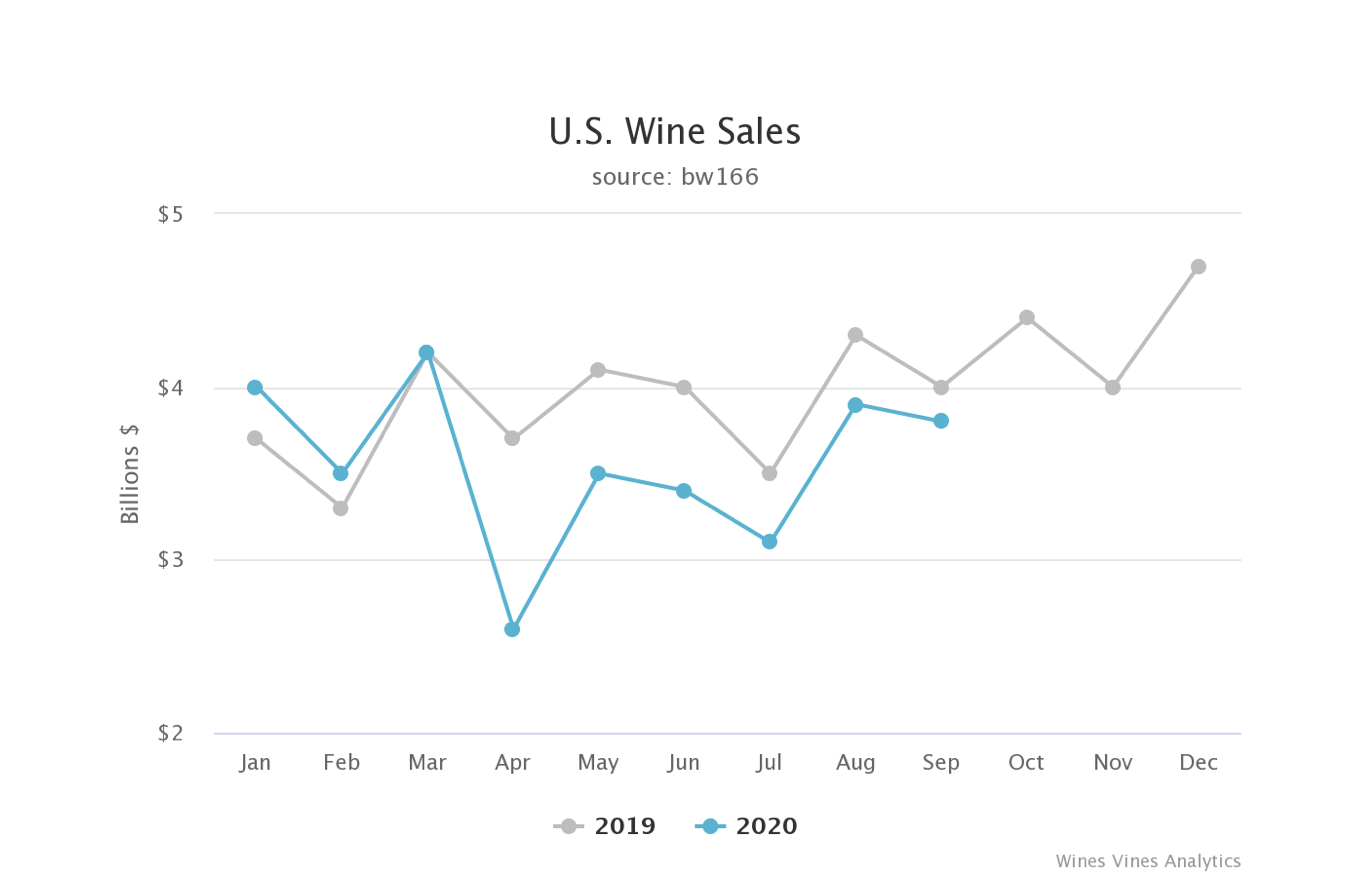 Sonoma, Calif.—Domestic wines saw sales growth moderate in September in advance of the final quarter of the year, which usually sees a surge from holiday spending.

Consumer spending on domestic wine, including bulk imports, fell 7% in the 12 months ended September to $46.9 billion, according to market research firm bw166. Total spending in September came to $3.9 billion. The ongoing pullback in on-premise spending drove the decrease, with overall sales of table wines down 7% to $42.7 billion and sparkling wines down 6% to $2 billion. The declines contributed to a 9% decrease in the overall size of the total wine market in the U.S. during the latest 12 months, now valued at $67.7 billion.

Total market value and consumer spending data are part of the Wine Industry Metrics reported every month in the Wine Analytics Report https://wineanalyticsreport.com/report/direct-to-consumer-wine-sales/. The October edition of the report, which released Oct. 15, is focused on the direct-to-consumer segment. Winery DtC shipments in 2020 are estimated to reach more than $3.8 billion.

The brightest — and largest — segment of the market remained off-premise sales, which bw166 reported were up 11% in September versus a year ago. Sales of domestic wines through Nielsen off-premise outlets, which represent 45% of the volume and 23% of the value of the total U.S. wine market, exceeded $937 million in the four weeks ended Sept. 5, a 16% increase versus a year ago. Sales of domestic table wines increased more than 11% to $883 million while sparkling wines gained 21% for sales totaling $55 million. Table wines retailing at $20 and above continue to post growth in excess of 30%, although the $11-$14.99 price band saw the largest gain in real dollar terms during the period.

However, domestic wines logged just 10% growth, behind that of imports at 15%. This gave imports an extra percentage point in overall share of the channel, boosting them to 31% of Nielsen off-premise sales in the 52 weeks ended Sept. 5.

The strongest growth for domestic wines remains in the direct-to-consumer channel, with shipments up 17% in September to $312 million, according to Wines Vines Analytics/Sovos ShipCompliant. Volume growth remained strong, rising 24% to 678,411 cases. This represented a moderation from the previous three months, however, a function of consumers having access to more purchasing options as re-openings continued. Nevertheless, many wineries anticipate strong DtC activity through the closing months of the year as orders for gift-giving and celebrations pick up. California, Texas and Florida were the top destinations for DtC shipments in the 12 months ended September 2020, accounting for 56% of total channel value.

The importance of DtC activity to wineries was evident in the latest Winejobs.com’s Winery Job Index. The index was down 47% from a year ago in September to 171, led by lower demand for vineyard labor and sales and marketing positions. While demand dropped across subcategories dropped, DtC positions, including tasting room and retail staff, now represent the single largest component of the monthly index. Demand for DtC roles slipped 47% to an index reading of 314. The sales and marketing subindex fell 59% to 98, while the subindex for winemaking and production roles fell 36% to 141. 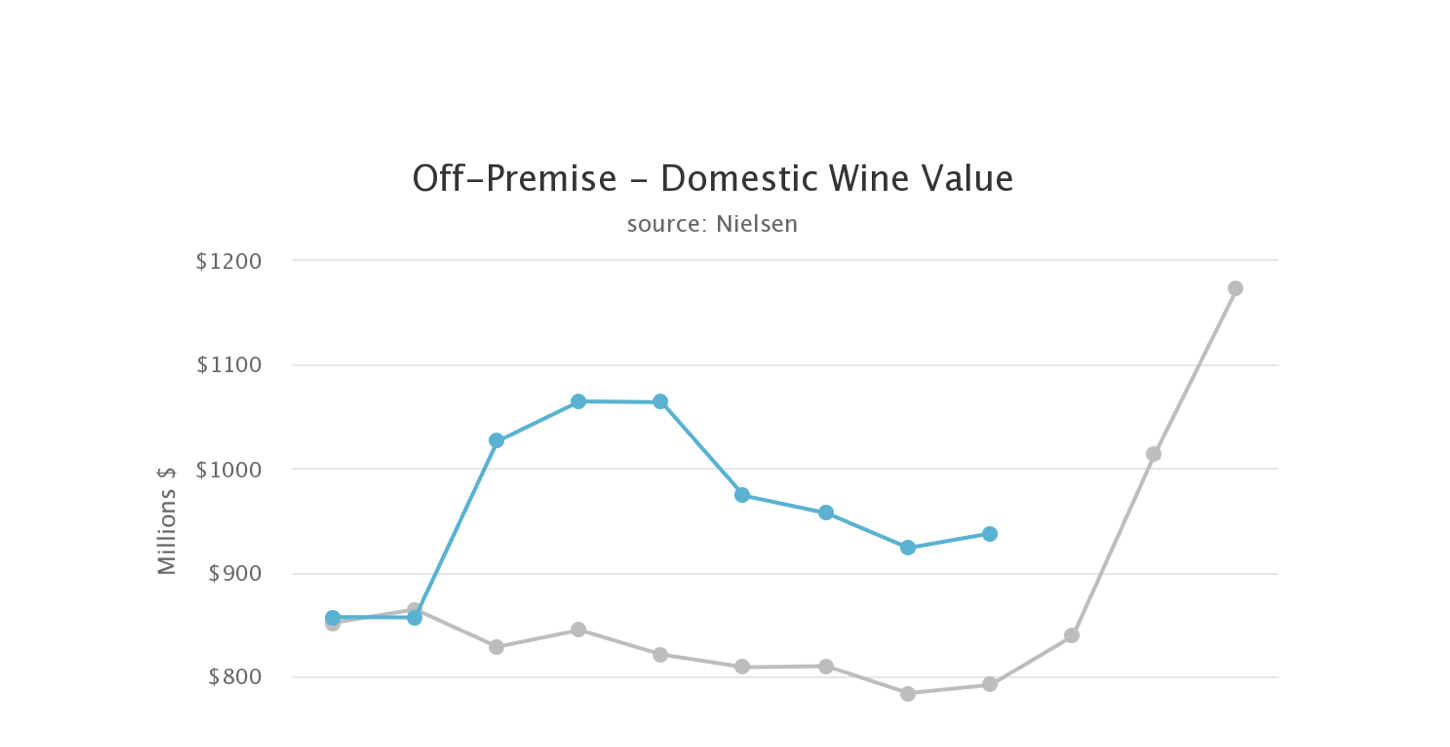