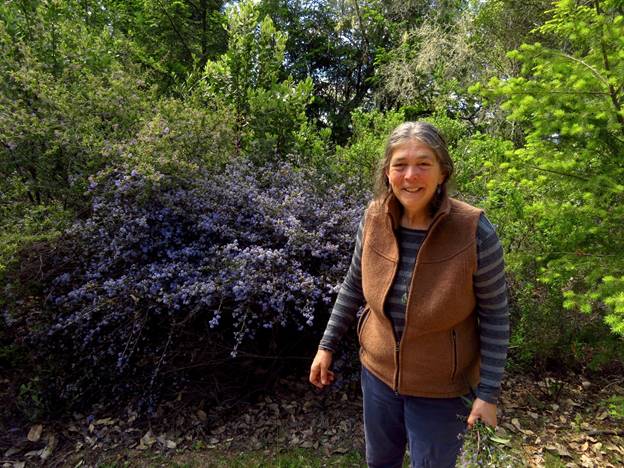 PHILO, Calif. – August 3, 2020 – Milla Handley, founder of the acclaimed Handley Cellars, and a respected leader in the Anderson Valley wine community, died on July 25th. A pioneering winemaker, in 1975, Handley became one of the first female graduates in fermentation science from UC Davis. In 1982, Handley also became the first woman owner and winemaker in the United States to establish a winery in her own name. Throughout a career spanning almost 40 years, Handley became a role model for women winemakers in California. At the same time, her passion and commitment to the Anderson Valley influenced generations of vintners, while helping to establish Anderson Valley as one of North America’s most dynamic wine regions.

Handley was born August 17, 1951 in San Francisco, and grew up in Los Altos, California where she spent most of her time outside of school riding horses, both competing nationally in Pony Club and trail riding bareback in the then very rural Los Altos Hills area. She went to UC Davis because she could take her horse with her to school. She started as an art major and decided it wouldn't make a good career, so she switched to veterinary sciences. Not being able to stomach dissecting animals, she switched majors again, this time to enology. She wanted a life in the country, and winemaking brought together both her art and science backgrounds.

After graduating from UC Davis, Handley honed her craft working with Richard Arrowood at Chateau St. Jean, and later Jed Steele at Edmeades, before deciding to start her own winery in the then largely undiscovered winemaking region of Mendocino County’s Anderson Valley. Handley chose Anderson Valley, which had previously been considered too cold for growing winegrapes, because of the area’s independent spirit, and its untapped potential for making exceptional wines. Handley was captivated by the valley’s promise and possibility, and believed that she could follow her own winemaking path there, creating wines at Handley Cellars that captured the essence of the extraordinary region she loved.

Located in the cool “deep end” of the Anderson Valley, on the historic Guntly Ranch, with its ranch house, barn and iconic water tower, Handley Cellars cultivates 29 acres of certified-organic Pinot Noir, Chardonnay, and Gewurztraminer at the Handley Estate Vineyard, with original plantings dating to 1986 and 1987. Handley Cellars also farms 7 acres of certified-organic Pinot Noir at the RSM Estate Vineyard, which is named after Handley’s late husband of 30 years, Rex Scott McClellan, who planted that vineyard in 2000 on a remote ridge top surrounded by redwoods, above the valley’s frequent fog line.

Throughout its storied history, Handley Cellars’ approach to winegrowing and winemaking has always reflected Handley’s love and respect for nature. A dedicated steward of the land, her commitment to responsible organic farming led her in 2005 to make the Handley Estate Vineyard the first California Certified Organic Farmers (CCOF) vineyard in Anderson Valley. In keeping with Handley’s hands-on approach and enduring commitment to environmental stewardship, all of the Handley Cellars wines are crafted from grapes grown in the Handley family’s Anderson Valley vineyards or by trusted Mendocino County grower partners whose viticultural practices are in keeping with Handley’s farming principles.

After 36 years of guiding the winemaking at Handley Cellars, during which time she earned a reputation for crafting soulful and impeccably balanced wines that embody the distinctive terroirs of the Anderson Valley, Handley retired in June of 2017. Handley’s long-time co-winemaker, Randy Schock, continues to make Handley Cellars’ wines in keeping with Handley’s style of fruit-driven, carefully crafted expressions of Anderson Valley.

“My mother was someone who fearlessly walked her own path,” says Handley’s daughter and now owner and President of Handley Cellars, Lulu McClellan. “She was passionate about making wine and working for herself, and never thought of herself as unusual or brave for pursuing these things at a time when it was rare to see women in these roles. My mom had an incredible ability to take life as it came, to respond with grace rather than an attempt to control what she could not. I think she learned this riding horses; she understood that nature was bigger than her, and she translated this through not only her winemaking but also in how she lived her life. She worked hard to create the life she believed in, but at the end of the day was able to let go of her ego and allow her intuition and connection to nature guide her. She taught me to be kind and generous, to always try to do the right thing, and to be yourself, not what other people expect you to be. Her shoes are impossibly big to fill, and I can only hope to honor her legacy by continuing Handley Cellars’ ethos to make wines of place, to take care of our employees, to encourage diversity and wellbeing, and to support the community of Anderson Valley.”

Sadly, Handley passed away from COVID-19. She is survived by two daughters, Megan Handley Warren and Milla Louisa “Lulu” McClellan, her sister, Julie Handley, and son-in-law Scott Peterson. A memorial service will be held at a later date when loved ones can come together to celebrate Handley’s life. In lieu of flowers, please consider donating in the name of Milla Handley to the Anderson Valley Senior Center.