Livermore Valley boutique winery Longevity is becoming a nationally distributed brand thanks to a new partnership between Longevity's owner-winemaker Philip Long and the Franzia family of Bronco Wine Co., one of the 10 largest U.S. wine producers.

A 2018 Chardonnay and a 2017 Cabernet Sauvignon, both California-designated and $16 suggested retail, are on their way to retail locations from coast to coast through Republic National Distributing Co., in quantities of 2,700 cases each of the first bottling—more than doubling Longevity's former 3,000-case annual production. California, Texas and Georgia are the initial distribution markets.

It's an unusual arrangement for Bronco, a large family vineyard and winery business that owns 45,000 acres of vines. Bronco has bought-outright dozens of brands during the past 30 years, the premier example being the Charles Shaw brand, better known as the Trader Joe's exclusive, Two-Buck Chuck.

In the case of Longevity, however, Long will continue making his small-quantity, Livermore-grown Longevity wines that wear a black label, while also being in charge of the expanded white-label line, which will be produced at Bronco's facility in Ceres. Wines will be topped with a unique twist-off cork, the Amorim Helix.

The white label wines are topped with the Helix closure. It's a resealable, T-top, agglomerated natural cork that twists off, and is paired with a special O-I glass bottle molded with glass threads inside the neck. Bronco also uses the Helix on its Shaw Organic wines sold only at Trader Joe's, but Long said, "Longevity is truly the first, really public, national launch of the Helix cork."

Not coincidentally, Amorim executive Steve Kemiji served as matchmaker between Long and Bronco, urging Fred Franzia to meet Phil Long. Kemiji said that the passion behind Longevity is reinforced by using the natural-cork based closure.

"Being able to put a bottle like that on the table and you don't need a corkscrew, it enhances that moment of two people coming together," Kemiji said. "And it comes from a cork tree that's been harvested for 150 years." 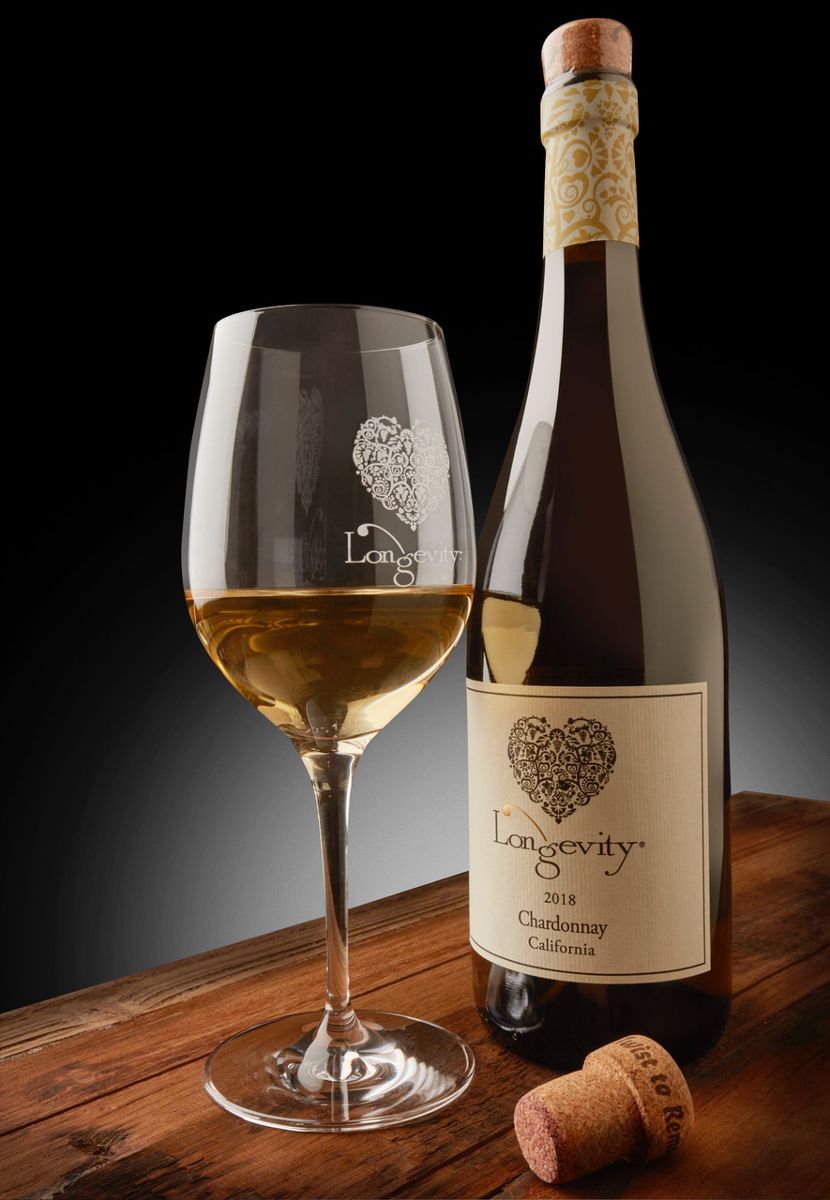 Phil Long is one of very few African-American winery owners, and the current president of the Association of African-American Vintners. A designer by training and profession, he created the lacy heart-shaped branding for Longevity as part of what he calls a passion project that he and his wife, Debra, began in 2003 as home winemakers and grew into a commercial winery in 2008.

Debra Long lost a long battle with pancreatic cancer in 2019, and Long says he draws his inspiration from their love story on a daily basis as he continues to build their brand.

Long wears a tattoo of the Longevity heart on his arm. "When Debra was diagnosed with cancer, I got this put on... I wanted her to know that I would never forget her."

Long and Bronco formed a jointly owned new company, LL&L Wine Co., to produce and market the Longevity white label wines. Long acknowledged that his status as an ethnic minority made the deal and the brand appealing to Bronco as well as a three-tier system interested in diversity.

He said that RNDC and many big retail accounts including those on military bases have prioritized products from minority-owned businesses. "Let's just say that in every single Army and Air Force base on the planet there are vendor bases required to be a certified minority. Is that going to help? Well yeah, I think it's going to help," he said.

Long said he feels honored to have an opportunity to tell the Longevity story nationally and increase the awareness of African American winemakers. He is also counting on the wide exposure of the white label Longevity wines to promote his $30 boutique wines. A note on the bottle encourages fans to visit his winery in Livermore Valley.

"I got into this business never wanting to be a black winemaker. I just wanted to be a winemaker. Still to this day people who have tried my wine come up to me and go, 'You're black?' But apparently it's because there are so few of us and I am being recognized as one of the leaders in this industry. You can choose to ignore it or you can choose to run with it. I am choosing to run with it," he said.

"I hope I can represent African American winemakers in this country and help them along. That would be a goal. Does it help business-wise? I've never used it but there is public attraction to it. I've never leveraged it. But at this point in my life if you're in business to make money and if there's an avenue you ignore to not make money you're doing yourself a disservice."

"Phil is passionate about wine, winemaking, and a champion minority owner in the wine business," Joey Franzia, the national sales and marketing director of Bronco, told Wine Business Monthly. "He has developed an exceptional brand, with a great pedigree, and we saw an opportunity to share in his vision and grow in the distribution channel."