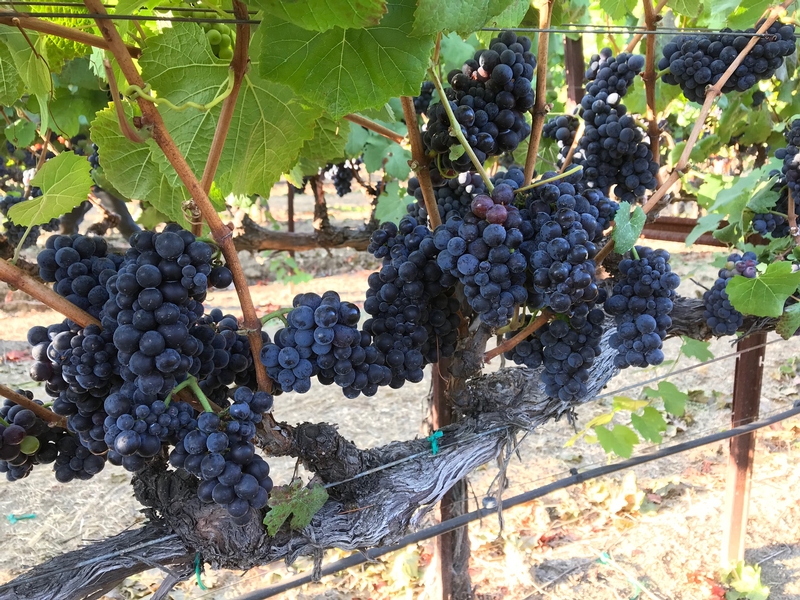 While the wine business overall is very healthy and the vast majority of the fruit is sold under contract, growers without contracts face tough challenges to sell their crop.

“The spot market is down almost across the board, in all regions and for all varieties,” said Jeff Bitter, president, Allied Grape Growers. “This is primarily being driven by plentiful industry inventory as a result of two factors: 1) Last year’s good-sized crop (10 percent larger than the average of the previous four years), 2) over-ambitious sales projections from the 2016-2018 sales years, causing a slow building of inventory ahead of last year’s ample crop.”

Some grapes will likely not be harvested and stay on the vine this year, Bitter and others said, noting that has happened before. “I can’t comment quite yet on whether or not this also includes the most premium winegrowing regions, but if so, it wouldn’t be the first time,” Bitter also said.

One issue is that tanks are full. Another is that growers whose vineyards are coming off contract have not been able to re-sign or are offered low prices, growers and others said.

Glenn Proctor, partner at The Ciatti Co., and other brokers said they are getting calls from growers who still have grapes available. “There’s definitely more available fruit than there has been in the last three to four years,” Proctor said.

Prices have not resulted in sales. “It’s really about need, not about price,” Proctor said.

“There has been a little activity, but to date, it hasn’t been really any robust activity for grapes. We have seen some buyers come in and look for additional grapes, but they’re really looking to fill out things a little bit here and a little be there. Nobody really has any big needs,” Proctor said.

Every day she receives calls from growers desperate to sell their fruit, she said. “It’s hard to take those calls.”

Brian Clements, vice president and partner at Novato-based Turrentine Brokerage, also reported lower wine grape prices than in past years. “We see prices falling throughout California on all varieties,” he said.

There is a lot of Napa Valley Cabernet Sauvignon available, Clements said. On the Central Coast, like in Paso Robles, where thousands of acres have been planted over the years, the situation for fruit not under contract is “bleak,” he and others said. “There is no market for these grapes,” Clements said.

Michael Haddox, senior winery relations manager/winemaker on the central coast at Agajanian Vineyards and Wine Company, sees a lot of grapes on the market, prices that are “not pretty” and no buyers. “Nobody is buying,” he said. “It’s scary.”

The industry is also having to cope with the pending sale of dozens of Constellation Brands labels and other assets to E&J Gallo. The $1.7 billion deal is under review.

That has left a “level of uncertainty out there,” said Spencer, executive director at Lodi Winegrape Commission.

Proctor advises growers to “cast a wide net” and be open to offers. Growers with unsold fruit are in a situation where, “their first price may be their best price,” Proctor said.

He does not encourage growers who cannot find a buyer to spend money to crush their fruit into bulk wine, noting that the bulk market has remained slow as well. Bulk wines prices do not increase with time, he and others also said. In addition, growers have to pay to store that wine. “I don’t think now is the time to take your last dollars and make that bet,” Proctor said.