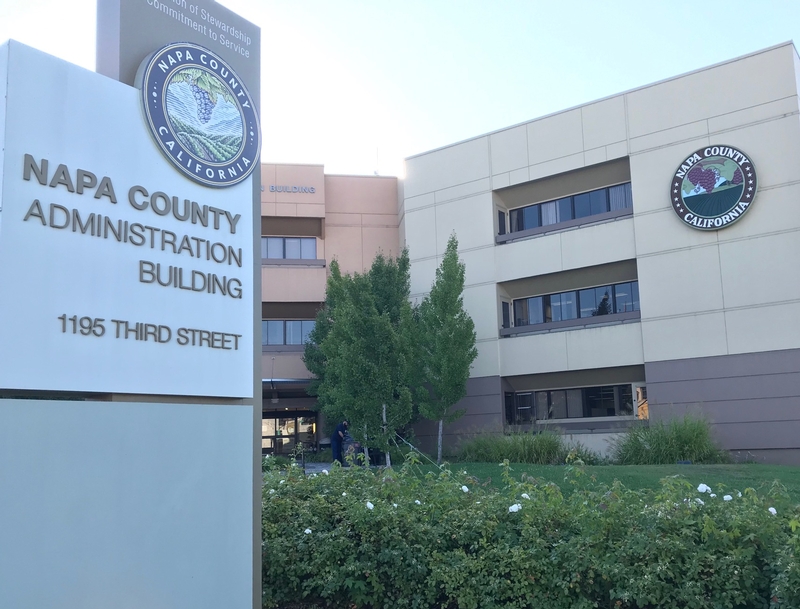 The group behind a ballot initiative to allow the cultivation of commercial cannabis in unincorporated Napa County has withdrawn the measure from the March 2020 ballot.

Eric Sklar, CEO of Napa Valley Fume, a cultivation and delivery service, who has spearheaded the commercial cannabis movement in Napa County, said on Wednesday that the proponents voted Tuesday night to withdraw the initiative. He cited the “good faith” of the supervisors in their efforts to work on a cannabis ordinance. “We want to encourage them to do so,” said Sklar, a member of the Napa Valley Cannabis Association.

A moratorium is in place on the cultivation of commercial cannabis in the county until December which cannot be extended. Napa County Board of Supervisors on Tuesday unanimously voted to find out what happens after the moratorium ends. However, the supervisors did not set a timeline to draft a cannabis ordinance or commit to have one in place.

Napa County Supervisor Ryan Gregory, chairman of the Napa County Board of Supervisors, said he was “at first surprised” that the measure had been withdrawn.

“We didn’t make the commitments last Tuesday that the proponents wanted. But them pulling it anyway shows a lot of good faith,” Gregory said of the ballot measure. “It also shows that they heard the message that this was a bad initiative. The initiative didn’t properly address many issues that would have affected existing agriculture in Napa County and the community’s way of life,” Gregory said in an email. “With our moratorium ending in December which can’t be extended any longer, we’ll be talking in the coming months about what to do next as it relates to cannabis cultivation in Napa County.”

Measure J would have allowed the cultivation of up to 1 acre of cannabis on a parcel of at least 10 acres in unincorporated areas on properties zoned agricultural preserve and agricultural watershed.

The report found that cannabis cultivation could generate up to $1.52 million in tax revenues annually but that these revenues could be offset by the cost of law enforcement and code enforcement. Commercial cannabis under Measure J could be cultivated on about 660 parcels in unincorporated Napa County totaling about 71,720 acres, according to the report.

Opponents cited the example of Santa Barbara County, where cannabis cultivation is allowed. They cited, among other arguments, the unsightly sights of hoop houses, the skunk-like odor from cannabis grows and the risks of conflicts between cannabis and other growers who spray their crops with pesticides.
The Napa County Farm Bureau last week announce its intention to launch an opposition campaign to defeat Measure J. Sklar on Wednesday denied that the announcement led to the withdrawal, adding the proponents believe they could win.

On Wednesday, the Farm Bureau said it would suspend its cannabis opposition campaign. “We are happy to see that this bad piece of public policy has been removed from the ballot,” said Johnnie White, president of the Napa County Farm Bureau. “We stand ready to continue to advocate for our members’ best interests and believe the county should understand that cannabis is not a priority.”

Napa County officials have not announced when the next discussion on commercial cannabis will take place.