Representatives from Washington State Wine and Visit Seattle were in Berkeley Wednesday to promote wines and the Northwestern state.

Washington State Wine focuses on key markets each year, including the media hubs of San Francisco Bay Area and New York City, said Heather Bradshaw, communications director for Washington State Wine. “The Bay Area is a focus market for us,” Bradshaw said during the event called “The Best of Northwest in the Bay Area.

“We get a lot of tourism from the Bay Area,” Bradshaw said. “We think it’s important to be down here, pouring our wines in front of people who may or may not know about us to educate people about the region.”

“It’s an easy flight to Seattle. It’s also an easy flight from SFO to Pasco for people who are looking for a weekend get-away,” Bradshaw added, referring to the San Francisco and the Tri-Cities airport in southeastern Washington State.

There are 791 wineries in Washington State, the second-largest wine producing state in the US, per Wines Vines Analytics.

Bradshaw said there are 58,000 acres of vineyards in the state, where the top varieties include Cabernet Sauvignon, Syrah, Riesling and Merlot.

Wednesday’s event was at the Berkeley studios of glassybaby, a hand-blown glass company founded in 2001 in Seattle by three cancer survivors. Wednesday’s four-dozen guests were invited to try their hand at glass blowing. 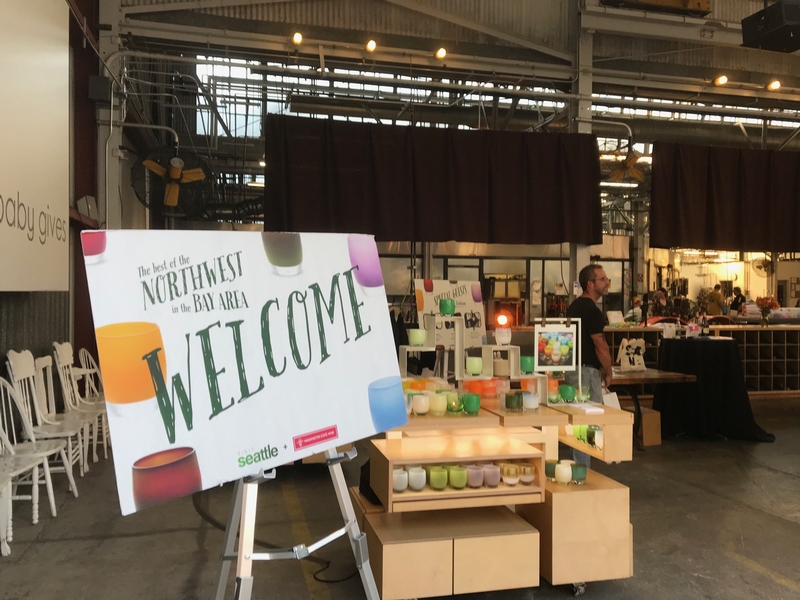