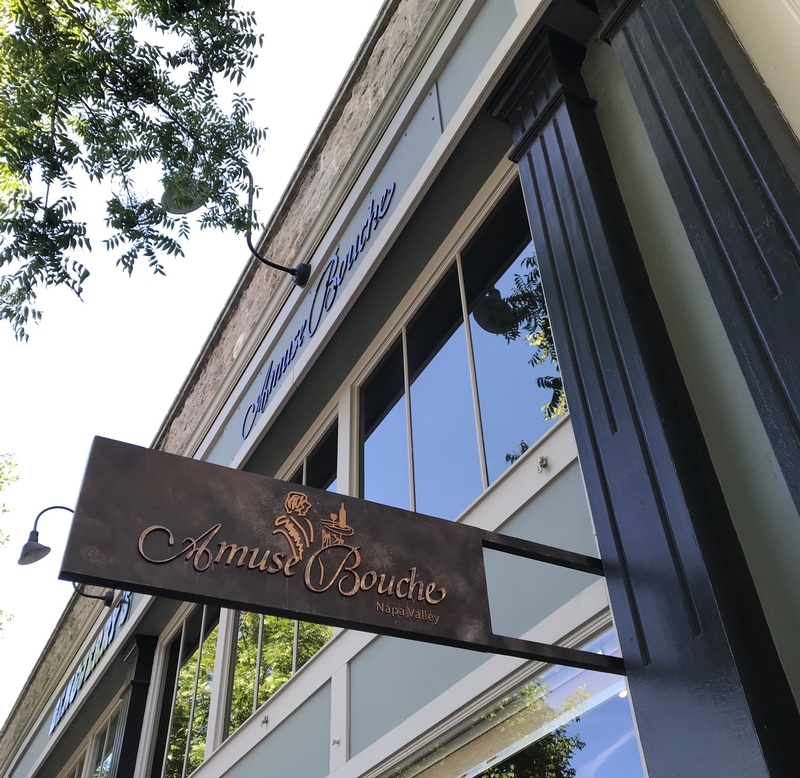 A Napa Valley wine company has filed a lawsuit against an insurance carrier that has denied a $1.2 million claim for Merlot damaged by smoke during the 2017 Wine Country fires, according to the complaint.

Amuse Bouche LLC said the fruit was picked from the Wolleson vineyard near Calistoga on Oct. 17, 2017, about a week after a series of deadly fires broke in Napa and Sonoma counties, according to the complaint filed in Napa County Superior Court on July 3. The fruit showed no visible signs of damage, according to the lawsuit against Allied World Assurance Corp. – or AWAC.

The Merlot was being picked for Amuse Bouche’s Napa Valley Red Blend, a Bordeaux-style blend of 92 percent Merlot and 8 percent Cabernet Franc, according to court records. The blend, Amuse Bouche’s “flagship” wine, retails for $225 a bottle, according to the lawsuit. Heidi Peterson Barrett, whose former clients include Screaming Eagle, is Amuse Bouche’s winemaker.

The Merlot grapes were trucked from the Wolleson vineyard to Fantesca Winery off Spring Mountain Road near St. Helena, a production facility covered under Amuse Bouche’s AWAC policy, according to the complaint. The fruit showed no shrinkage, discoloration or other sign of damage, Amuse Bouche stated in the court filing.

The grapes were crushed and placed into fermentation tanks. On Dec. 7, 2017, the wine was tested for smoke-related compounds, including guaiacol and 4-methylguaiacol. Testing in December 2017 and April 2018 along with tastings indicated “an unacceptable high level of smoke taint that makes the wine unmarketable, especially for a high-value, premium wine like Amuse Bouche’s (Napa Valley Red Blend),” according to the lawsuit.

Amuse Bouche then submitted a claim under its Allied World Assurance Corp – or AWAC – policy in December 2017 for damage to its 1,075 gallons of Merlot , according to the complaint.

However, AWAC denied the claim on Feb. 6, 2018, stating the grapes were damaged on the vine and, thus “were excluded ‘crops’” under the Amuse Bouche policy, according to the complaint. That decision became final on July 17, 2018.

Amuse Bouche said its analysis concluded that the product was not damaged until crushing and fermentation, according to the complaint. “Testing the (grapes) on the vines would have revealed no evidence of smoke taint or other damage,” according to the lawsuit.

However, the insurance company re-affirmed three times between Oct. 15, 2018 and May 31, 2019 its decision to deny the claim, according to the complaint for breach of contract and other allegations.

AWAC’s decision “is about to cause financial ruin to Amuse Bouche,” according to the lawsuit. “While having to absorb the loss of an entire vintage of its premium wine is bad enough, not having the insurance proceeds to replace that revenue loss is devastating.”

“If AWAC does not acknowledge its duty to pay Amuse Bouche the policy benefits for which Amuse Bouche paid, it will be facing employee layoffs, damage to its 2019 crop and, ultimately, bankruptcy,” according to the lawsuit.

According to the complaint, Amuse Bouche alleged AWAC requested “irrelevant information,” violated California’s insurance claim regulations, “failed to provide reports on which it based its denials,” and “relied only on facts in its favor and ignored facts which called into question its conclusions.”

“AWAC continues to ignore the scientific evidence submitted by Amuse Bouche that even if smoke molecules attached to the (fruit) while the Grapes were on the vine, the damage to the product did not manifest or become appreciable until fermentation of the product,” according to the complaint. “While the Grapes were exposed to the conditions which potentially could cause damage, there was no appreciable damage at that time. The only measurable, appreciable damage manifested itself during fermentation,” according to the document.

The Merlot was blended on April 20, 2018, with smoke-tainted Petit Verdot to save storage space, the complaint stated. On Sept. 15, 2018, the blend was sold in bulk to a spirits distiller for $11 a gallon, according to the court filing.

A representative for Amuse Bouche and AWAC could not be reached Monday to comment on the complaint.