The newly renovated Louis M. Martini Winery on Friday hosted this year’s 2019 Barrel Auction, one of the events that raises money for Auction Napa Valley.

Friday’s Barrel Auction was a busy affair, as hundreds of guests arrived late morning at Louis M. Martini Winery off Highway 29 on the edge of St. Helena. U.S. Rep Mike Thompson, D-Calif., and Napa County Supervisor Alfredo Pedroza, were among those who greeted guests at the door, handing glasses of Louis M. Martini wine.

The guests stopped by barrel rooms, where they tasted and bid on yet-to-be-released 112 lots of Napa Valley wine. Winemakers and owners alike poured the wine straight out of the barrel as wine lovers placed their bids either on their phones or on tablets with the help of volunteers. The guests also donated money to buy dozens of bikes that will be distributed in the community. 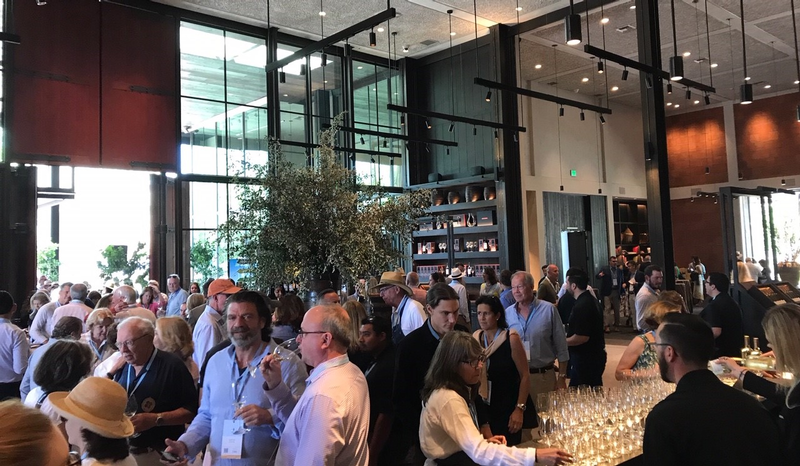 The 10 top bidders for each of the 112 lots will receive a case of the auctioned wine.

For the second year running, VGS Chateau Potelle of St. Helena received the top bids, this time for its 2017 red wine blend of 97 percent Cabernet Sauvignon and 3 percent Malbec. The electronic board indicated that the 10 top bids for VGS Chateau Potelle’s red blend totaled $85,250. The very top bid alone was $25,000.

“It was a lot of work to make the wine,” Stauffer said.

Napa Valley Vintners has donated since 1981 more than $185 million from proceeds from Auction Napa Valley to nonprofit organizations in the Napa Valley. 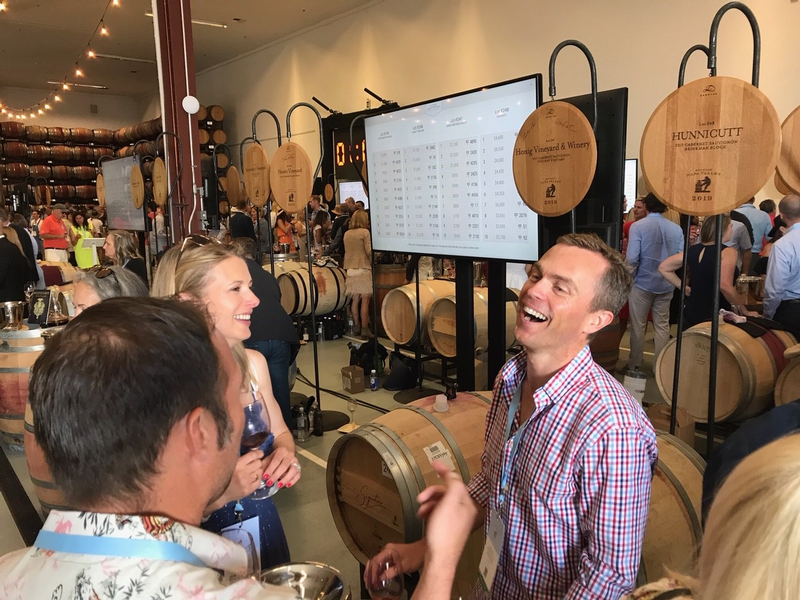