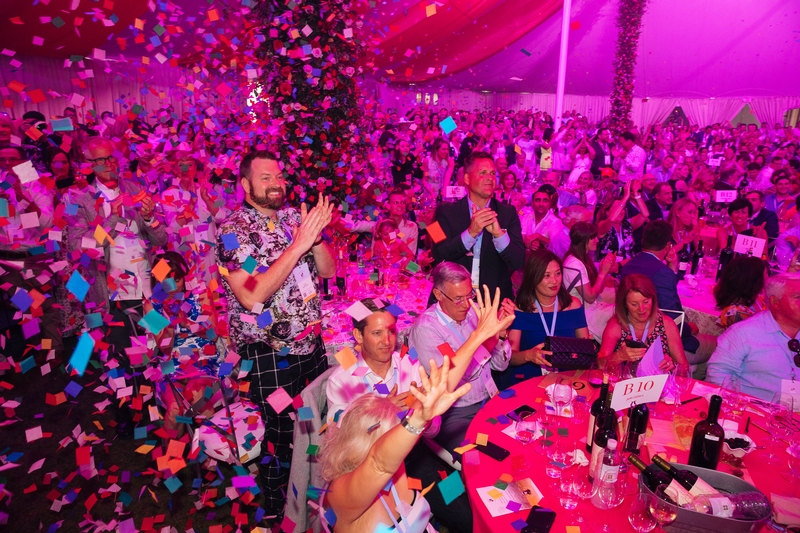 This year was particularly special to the NVV, who also provided a Live Auction Lot, as it is celebrating its 75th anniversary. The main event, Saturday’s Live Auction, was kicked off by Katy Perry, who performed the acoustic versions of many of her popular songs, including “Roar,” “Firework” and more. Following her performance, donors eagerly bid on lots full of rare wines, one-of-a-kind dinners and excursions as well as access to winemaker dinners. Lots included back vintages of magnums, vacations to wine regions from Canada to Bordeaux and South Africa, and more. 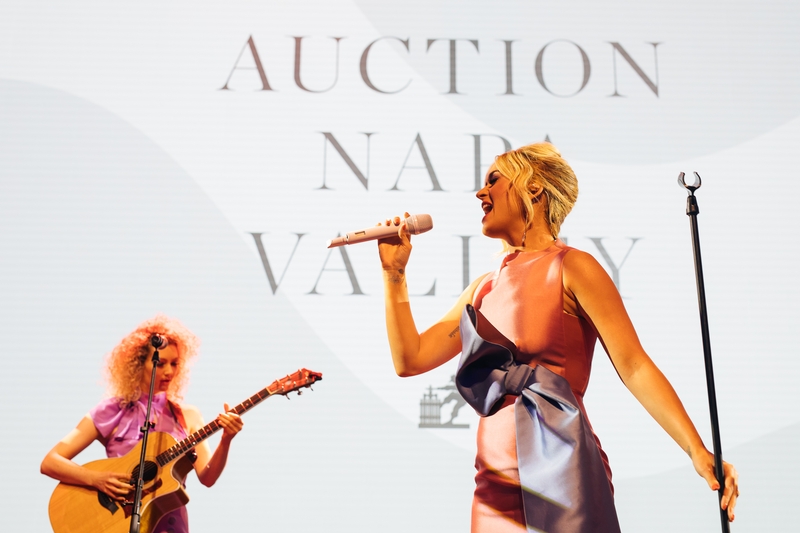 Katy Perry lent her vocal skills as the kick-off to the day's main event, the live auction of 31 exclusive wine-centric lots.
Photo by Alexander Rubin for Napa Valley Vintners.

A family style dinner followed. The menu was set by Ayesha Curry and chefs from the Michael Mina family of restaurants, and facilitated by 36 renowned sommeliers from across the country, lending their expertise to guestst.

Earlier in the weekend, at the newly restored Louis M. Martini Winery, bidding began on the Barrel Auction, featuring 114 lots of Napa Valley futures. Winemakers were on hand to pour samples of the yet-to-be-released and exclusive wines. Vintners then welcomed guests to their homes for a series of winemaker dinners. As in year’s past, additional donations could be made through the purchase of an E-Auction that started Wednesday afternoon, with 159 lots open for bidding.

Full results from the weekend, including top Live, Barrel and E-Auction lots will be announced later today. Bidding on the E-Auction continues through noon, Monday, June 3.

All proceeds go directly to various charities, including OLE Health, an organization dedicated improving the quality of care of more than 37,000 patients – including 8,000 children – by providing access to a wide range of healthcare services under one roof. 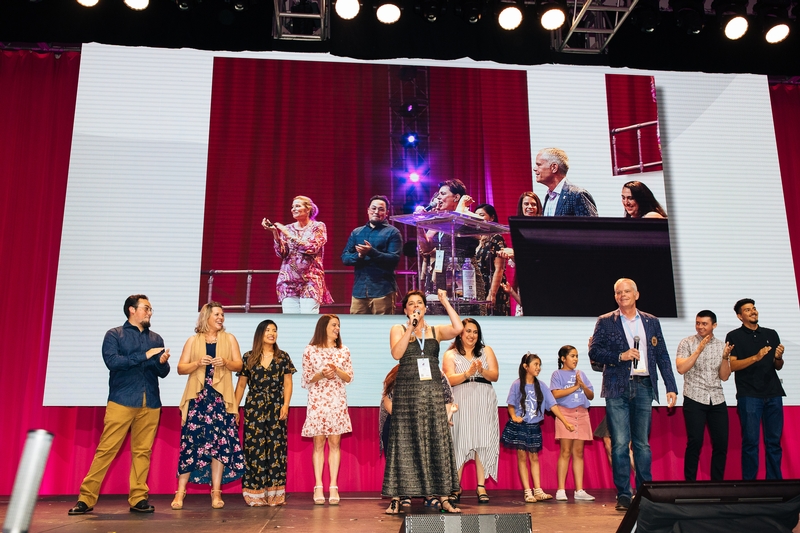 Emma Swain and David Duncan, as well as beneficiaries of bidder's donations, thanked attendees at the end of Auction Napa Valley. Photo by Alexander Rubin for Napa Valley Vintners.