The passage of a federal disaster relief bill that includes $3 million in aid for Oregon grape growers affected by the last major wildfire has been stalled in Congress, perhaps only temporarily. If approved, the $19.1 billion disaster relief package would help farmers and communities hit by hurricanes, fires, flooding and other disasters.

The snag occurred after the Senate passed the $19.1 billion bill with an 85 to 8 vote on Thursday, according to news reports. Oregon Democratic Sens. Ron Wyden and Jeff Merkley strongly backed the measure. President Trump has indicated he will sign the bill to help farmers.

However, on Friday, U.S. Rep. Chip Roy, R-Texas, objected to a unanimous consent vote that would have approved the bill, in part because it did not include $4.4 billion for U.S.-Mexico border operations and because of its price tag.

“The heartlessness of House Republicans knows no bounds. Just days after sabotaging a bipartisan and bicameral bill to provide urgently-needed relief to millions of American families reeling from natural disasters, House Republicans have repeated their stunning act of obstruction – even after more deadly storms ravaged our country over the weekend,” Pelosi sad in her written statement.

Still, the disaster aid package is anticipated to pass when Congress reconvenes June 3, given its overall bipartisan support.

“We believe the disaster aid funding is very critical to the recovery of the small family farmers in Southern Oregon and that's why it is the first time Oregon winegrowers have been included in a bill for federal disaster aid,” Morgan said.

King Estate and Willamette Valley Vineyards bought 140 tons of grapes from six growers for $323,750 to produce Solidarity Wines, according to company representatives. The net proceeds from the sale of the 7,500 cases of Solidarity wine help support vineyards in the Rogue Valley region, according to a written statement. The four wineries participated in the production of the wine - Willamette Valley Vineyards, King Estate Winery, The Eyrie Vineyards and Silvan Ridge.

"We have been working on this federal relief package with Senators Wyden and Merkley since their staff first joined us at the Solidarity harvest after the growers' contracts were canceled. The Oregon Solidarity wines have been selling very well with the net proceeds to be dedicated to Rogue Valley Vintners. Once the House of Representatives is back in session, these family growers will finally get the disaster aid they desperately need,” said Jim Bernau, chief executive officer and founder at Willamette Valley Vineyards.

Napa Valley-based Copper Cane and Willamette producers have locked horns over the past year over the use of the Oregon appellations on Copper Cane’s wine labels. The Cooper Cane wines are produced in California but with Oregon fruit, according to the company. A Copper Cane representative said recently the Napa Valley-based company plans to share crop insurance costs with growers in Oregon to cover the acreage under contract. 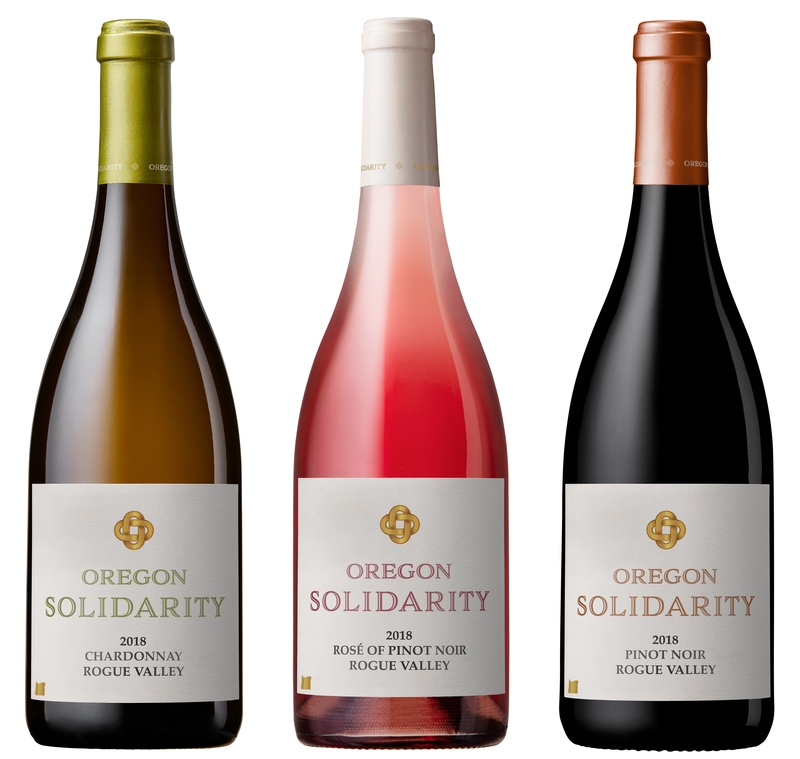