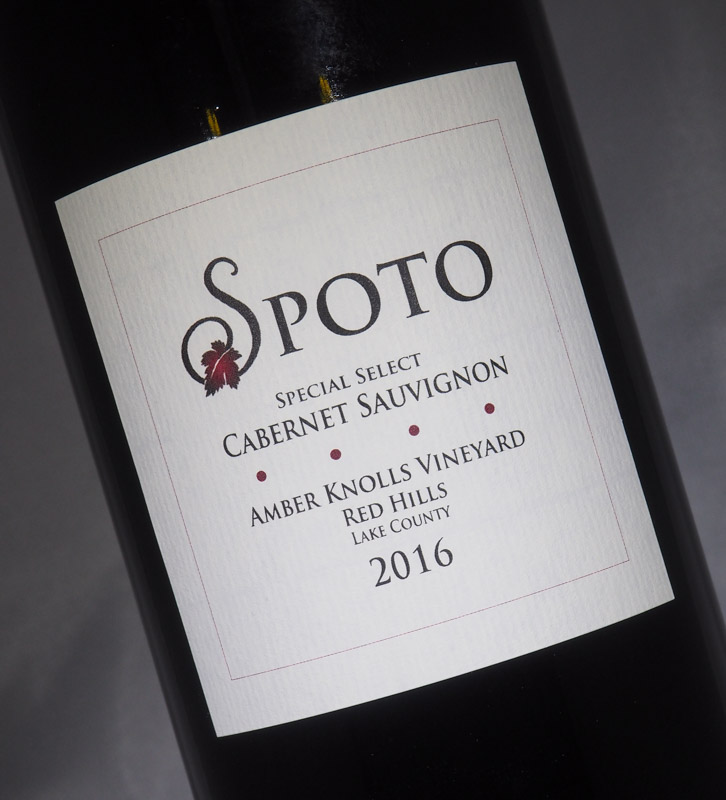 Three years ago, the father-and-son grape-growing team of Andrew and David Beckstoffer harvested a gondola of sunny publicity when they unveiled a novel plan to raise the profile of their Lake County vineyards.

They recruited 10 winemakers and offered each a free acre of cabernet sauvignon for three successive vintages starting with the 2016 crop.

As part of the deal, the Beckstoffers stipulated that any wines to emerge from the trial be priced at least $80 per bottle. Stuart Spoto, excited by the initial results, is doing better than that, pricing the 2016 at $100. Not coincidentally, that price is in the ballpark with his other wines, including a cabernet sauvignon from Napa Valley’s Oakville district, the 2015 version of which sells for $140.

That’s precisely the kind of parallel that the Beckstoffers hoped would materialize. Longtime Napa Valley farmers, where they are stewards of several of the enclave’s more celebrated vineyards, including Las Piedras, Dr. Crane and To Kalon, the Beckstoffers have been investing ambitiously in the grape potential of Lake County.

Winemakers outside Lake County, including vintners in Napa, historically have drawn grapes from around Clear Lake, but the stature and price for Lake’s cabernet sauvignon has lagged behind the variety when grown in Napa. (According to California agricultural officials, the weighted average grower return per ton of cabernet sauvignon grown in Lake County in 2017 was $2,352, while the comparable figure for Napa County was $7,455.)

The Lake County experiment hasn’t been without challenges, most notably last year’s wildland fires, which tainted some grapes with smoke residue. Spoto, for one, was so disappointed in the quality of the wine he produced from the 2018 harvest he distilled it into grappa, which he doesn’t plan to release until after it mellows in oak barrels for five or so years.

Because of this past summer’s fire-related issues, the Beckstoffers have extended the trial for a fourth year. Spoto not only remains on board for this year’s harvest he’s signed a contract to buy grapes from the Beckstoffers’ Lake County vineyards for five years starting in 2020. (In Napa Valley, the Beckstoffers use a formula that calls for winemakers to pay up to 175 times the bottle price per ton of fruit; in Lake County the formula is 100 times the bottle price, meaning Spoto will pay $10,000 per ton if he continues to price his cabernet sauvignon at $100 the bottle.)

The continued participation of other winemakers in the program is uncertain. Several have dropped out, in part because they were uncertain how to market such a small lot in their usual lineups. Mostly, however, their plans to participate were thwarted by wildland fires that not only complicated last year’s harvest in Lake County but upset the usual rhythm of the vintage in Napa County in 2017, said David Beckstoffer. “Back-to-back fires screwed up the whole program,” he remarked.

Financially, the Beckstoffers don’t realize a return from the sale of any wines from the trial, but they’ve gained knowledge from farming techniques that participating winemakers brought to their individual plots. “We gave them a lot of free range to use whatever viticultural practices they preferred. We wanted to try new things,” said David Beckstoffer. As an example, he noted that one participant wanted to open the company’s customary tight vertical trellis system to let in more sunshine and air, which resulted in “very good” results.

One participating winemaker, Matt Hughes of Brassfield Estate Winery in Lake County, agrees that a major benefit of the program has been the insight that is being generated as vintners apply new cultivation practices to their portions of the vineyards. For his part, he went with dry farming of his parcel, with impressive results, though he doesn’t know when the resulting wines will be released. “Every year we are learning more about being farmers here. The more trials like this that we can do, with all the creative input it involves, the better. It raises the quality bar,” said Hughes.

Vintners were free to choose their acre in either the Amber Knolls or the Crimson Ridge vineyard. The two spreads are on opposite sides of Highway 29 in the Red Hills AVA southeast of Kelseyville. Microclimate and soils are similar, but Crimson Ridge is a little higher in elevation, more steeply sloped and faces more southwest, while Amber Knolls faces northwest. Of the 4,000 acres that the Beckstoffers farm in Mendocino, Napa and Lake counties, Amber Knolls accounts for 1,320 acres, Crimson Ridge 470.

In 2016, Spoto staked his one-acre claim in Amber Knolls, from which he also harvested malbec. That wine, the floral, juicy and spicy Spoto Wines 2016 Lake County Red Hills Amber Knolls Malbec ($110), also is now being released.

With the 2017 harvest, however, Spoto got grapes from both Amber Knolls and Crimson Ridge. He was so excited by the character of the fruit from Crimson Ridge that he henceforth will be focusing on grapes from that vineyard. With a slightly higher elevation, Crimson Ridge provides more hangtime and lower yields, noted Spoto. “The 2017 (Amber Knolls/Crimson Ridge) will rival Oakville,” said Spoto. “It is huge and dark, with beautiful structure.”

The Lake County fruit has come in with higher sugars and higher pH readings than he prefers, but Spoto found that such levels were necessary to achieve the phenolics he wants. While the Lake County fruit is demanding more of his attention in the cellar, he is confident that his wine-club and online customers, who account for nearly all his distribution, will find the resulting wines no less enjoyable than his Napa Valley wines.