augmented reality, virtual reality and sensory reality - The $2.4-million project also includes expanding the capacity of CCOVI's research winery to include a state-of-the-art fermentation facility, as well as the purchase of several advanced analytical instruments
by Brock University | University Marketing and Communications
January 08, 2018 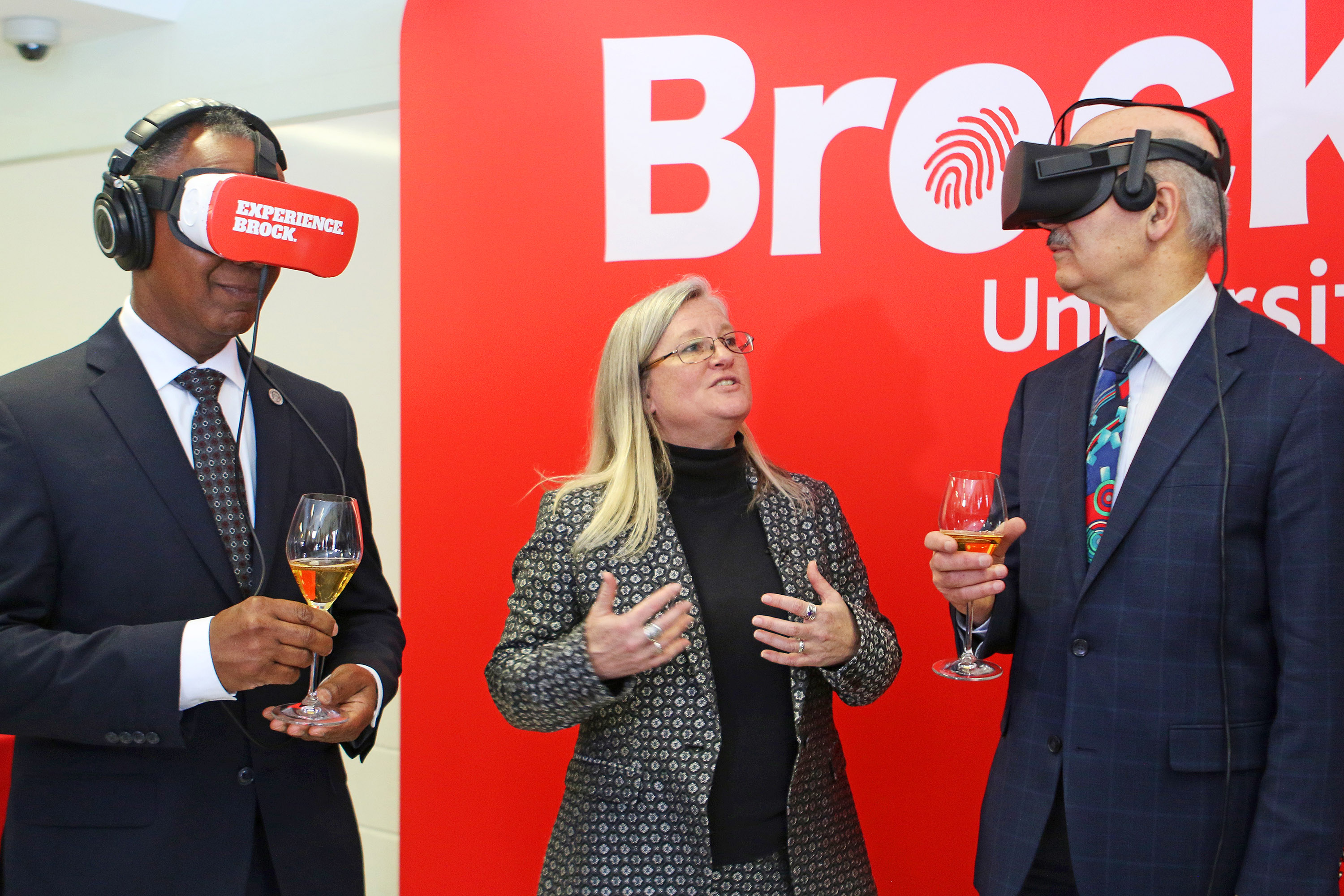 The Ontario Government has announced $960,000 in funding to help Brock University create the world's first augmented reality, virtual reality and sensory reality consumer laboratory. The new money from the Ontario Research Fund matches a recent federal grant, and combines with support from the grape and wine industry that will enable Brock's Cool Climate Oenology and Viticulture Institute (CCOVI) to launch the landmark facility, to be known as the R3CL.

The Ontario grant was announced Monday, Jan. 8 by Reza Moridi, the Minister of Research, Innovation and Science. The $1-million R3CL lab is part of a $2.4-million project that will greatly enhance CCOVI's research and studies into fermentation, wine flavor and consumer behavior. Moridi said Monday the Brock lab is one of 53 projects at 17 post-secondary institutions the province is investing nearly $137 million in through the Ontario Research Fund.

After making the announcement Monday, Moridi was invited to test out the virtual reality technology that will be included in the $1-million R3CL (Physical, Augmented and Virtual Reality Consumer Lab), which will be used to create a variety of environments in which people purchase and consume wines. Researchers will study how a range of factors such as sights, sounds and smells impact choice and impression of wine. "Supporting Ontario's researchers as they make breakthrough discoveries will help advance technology and drive economic growth across the province," said Moridi. "Making sure they are working in state-of-the-art facilities with the most up-to-date technology will help researchers do their best work and lay the groundwork for new products and services, and economic opportunity for people in Ontario."

The $2.4-million project also includes expanding the capacity of CCOVI's research winery to include a state-of-the-art fermentation facility, as well as the purchase of several advanced analytical instruments required for grape and wine flavour and aroma analysis.

"We're thrilled to see that addressing the research priorities of the grape and wine industry is in direct alignment with the provincial priorities of supporting world-class research, commercialization and innovation," said Brock University Vice-President, Research Tim Kenyon.

CCOVI Director Debbie Inglis said the research at Brock has a direct impact on Ontario's $4.4-billion wine industry. "CCOVI's research tackles priority areas of the grape and wine industry. By working together between the government, academia and industry, we're able to put forward solutions that help drive our economy forward," said Inglis, pointing out that a recent economic impact study found CCOVI contributed more than $91 million and the equivalent of 307 jobs to Ontario's economy.