Legendary winemaker has been a staunch supporter of innovation and research
by Press Release
January 16, 2017

NAPA, CA -- In honor of a lifetime spent promoting better understanding of winemaking and grapegrowing, the Wine Business Monthly editorial team and the Innovation + Quality (IQ) 2017 Advisory Board have named Jerry Lohr, founder and proprietor of J. Lohr Vineyards & Wines, the Innovator of the Year. Lohr will be honored at IQ 2017, the leading forum for ultra-premium wineries that focuses on cutting-edge innovations that advance wine quality. 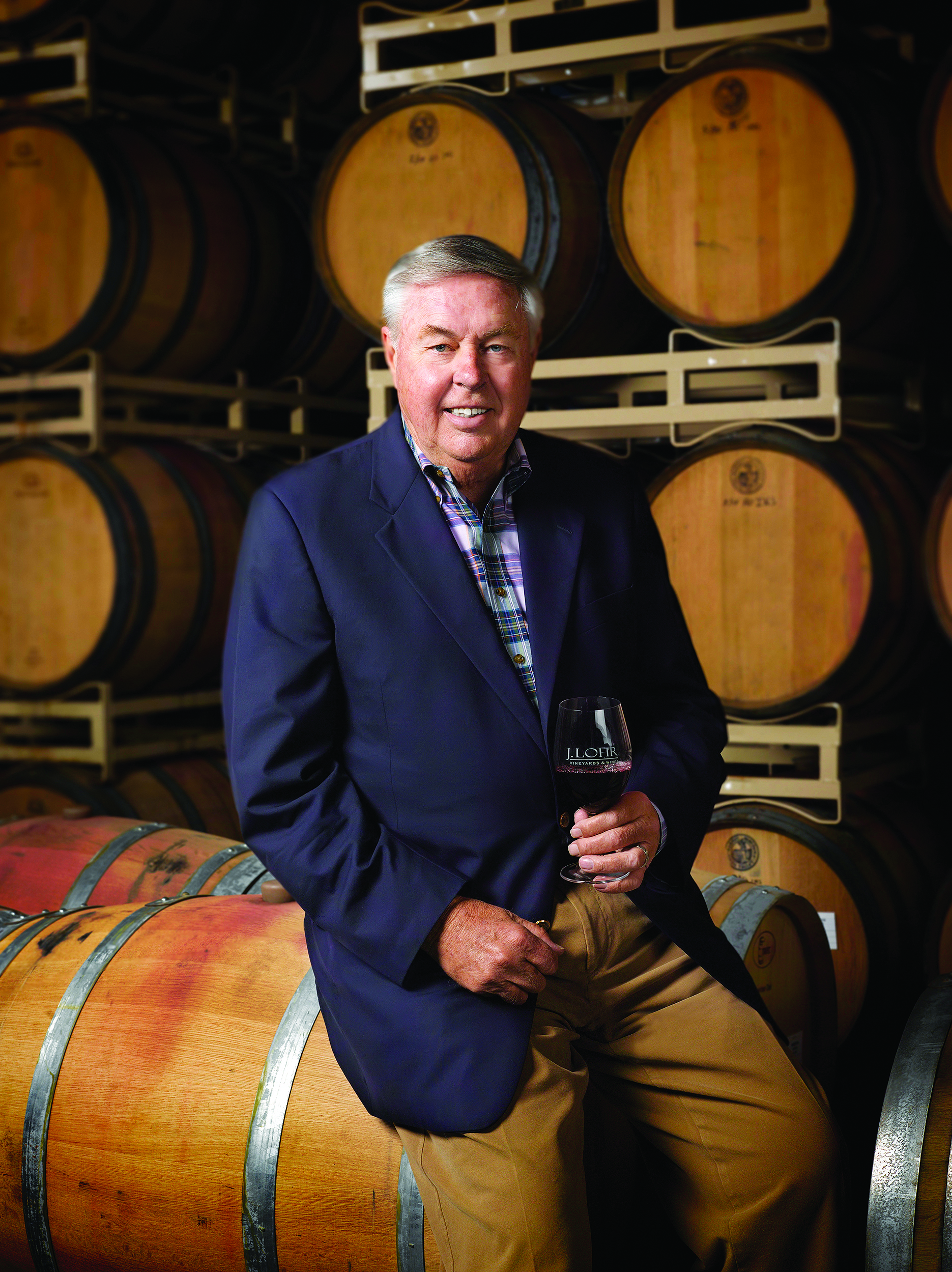 The Innovator of the Year Award is presented at an awards ceremony each year to someone who has a lifetime of innovation in his/her body of work, has fostered innovation among other winemakers and organizations and has made a positive impact on the wine industry through his/her contributions. Members of the IQ Advisory Board voted for the recipient from nominees submitted by the Wine Business Monthly editorial staff. The first Innovator of the Year Award in 2015 was given to Peter Mondavi Sr. and Clark Smith received the award in 2016.

“We are thrilled to be honoring Jerry Lohr with the Innovator of the Year Award at IQ this month. It is so very well deserved. Jerry’s dedication to shared knowledge goes far beyond his own J. Lohr Vineyards & Wines and the Paso Robles and Monterey County regions he helped pioneer,” said Cyril Penn, editor, Wine Business Monthly. "Jerry has long been an industry leader in organizing, funding and facilitating research.”

Lohr has made numerous contributions to the advancement of wine quality through his research and innovation, but his devotion to increasing awareness and education in all facets of the wine industry has set him apart from his peers. As the founder of the National Grape and Wine Initiative, a collaboration of industry members, academics and public policymakers, and of Wine Vision, an industry group that promotes a long-range view of the wine industry, Lohr has inspired thousands to think about the future of winemaking and the steps that could be taken to ensure its success.

“It is an honor to be considered in this light with my peers. To be a winegrower is to be on a lifelong learning path; there is always something new to discover, something new to pass on. Our industry is built on a shared body of knowledge. It is a responsibility and privilege to be able to contribute to that effort,” said Lohr upon learning of the award.

Lohr will be presented with the Innovator of the Year Award during the general session at IQ 2017, held March 2, 2017 at Charles Krug Winery in Napa Valley. For more information, and to purchase tickets, visit www.winebusinessiq.com. Early-bird ticket pricing ends January 31, 2017.

Sessions will be held in the Carriage House and in the newly restored Redwood Cellar Tasting Room and Hospitality Center. A tented area between these two historic buildings will feature winemaker trials tastings, product and technology demonstrations, and exhibitors showcasing the latest innovations in the ultra-premium winemaking, grape growing, packaging and direct-to-consumer sales.

This event is produced by Wine Business Monthly, the leading print publication for the wine industry, in partnership with Napa Valley Vintners and the Napa County Farm Bureau.

A one-of-a-kind forum for ultra-premium wineries focused on innovations that advance wine quality. This event is produced by Wine Business Monthly. New date and location in 2020 (February 27 at CIA@Greystone). learn more