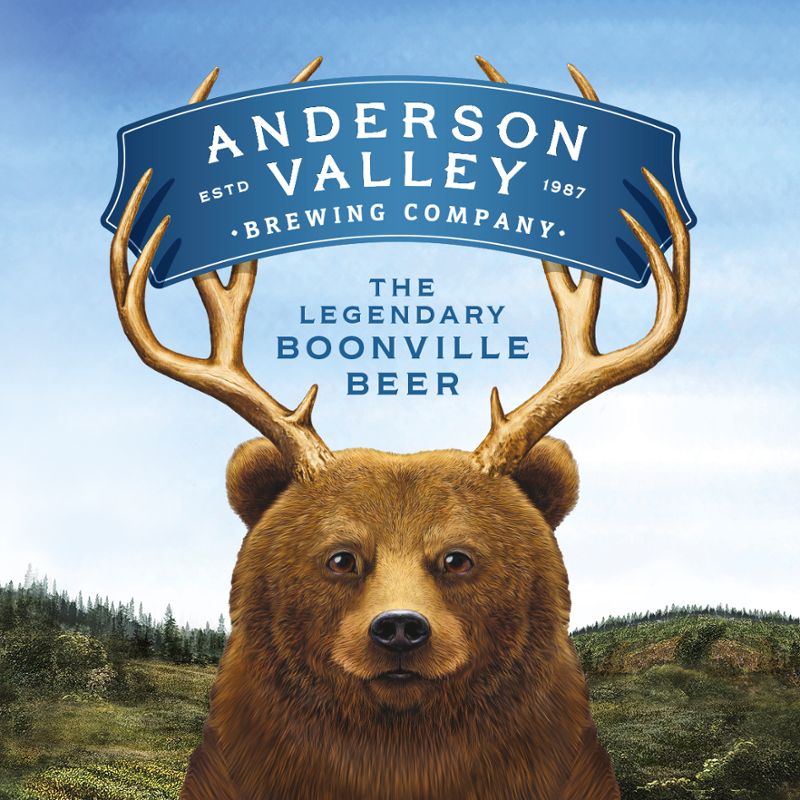 April 26 2021, Boonville Calif. -- Northern California’s Anderson Valley Brewing Company (AVBC), a pioneer in the craft beer industry for over three decades, today unveiled its new logo and visual identity. AVBC’s new look is being rolled out immediately with new packaging hitting shelves this summer. The brewery’s new style was developed in partnership with renowned international design and branding firm Stranger & Stranger and highlights the history of the storied brewery while updating and refining the brand image and artwork.

“We knew from the very beginning when the family purchased the brewery that one of our first major projects was going to be redesigning the packaging and branding. In doing this we made sure to prioritize its history and spirit at every step,” said Katee McGee, creative director of Anderson Valley Brewing Company. “The process itself has taken over a year and an enormous amount of our energy because we have an obligation to do it right. We owe it to this brand and all the work put in by the people who came before us to make sure that we were making a thoughtful and respectful update, and we think we’ve hit the mark. Making great beer is really the hardest part and the team here has been nailing that for literally decades. Our new look really is the recognition and celebration of those efforts.”

As part of the new branding, consumers will recognize AVBC’s beloved mascot, “Barkley the Beer'' (his name since the 80s). Barkley is a nod to the early days of the brewery, the personality of the brand, and the people that make up the brewery. AVBC’s tagline “The Legendary Boonville Beer'' references not only AVBC’s historic brewing achievements but also the old joke “what do you get when you cross a bear and a deer - a Beer!” More specifically, The Legendary Boonville Beer refers to the mythical colony of antlered Beers that make Anderson Valley their home and AVBC is looking forward to bringing Barkley and his antlered Beer friends out of the redwoods and into the broader world.

“Anderson Valley Brewing Company is an icon, one of the original craft breweries, set in an iconic part of the world with an even more iconic symbol: The Beer. This mythical creature has long been rumored to roam freely in the beautiful local woodland and, although the descriptions aren’t always consistent, the sightings persist,” said Kevin Shaw, founder of Stranger & Stranger. “The new branding celebrates The Beer along with elevated typography and styling that does justice to these world class beers.”