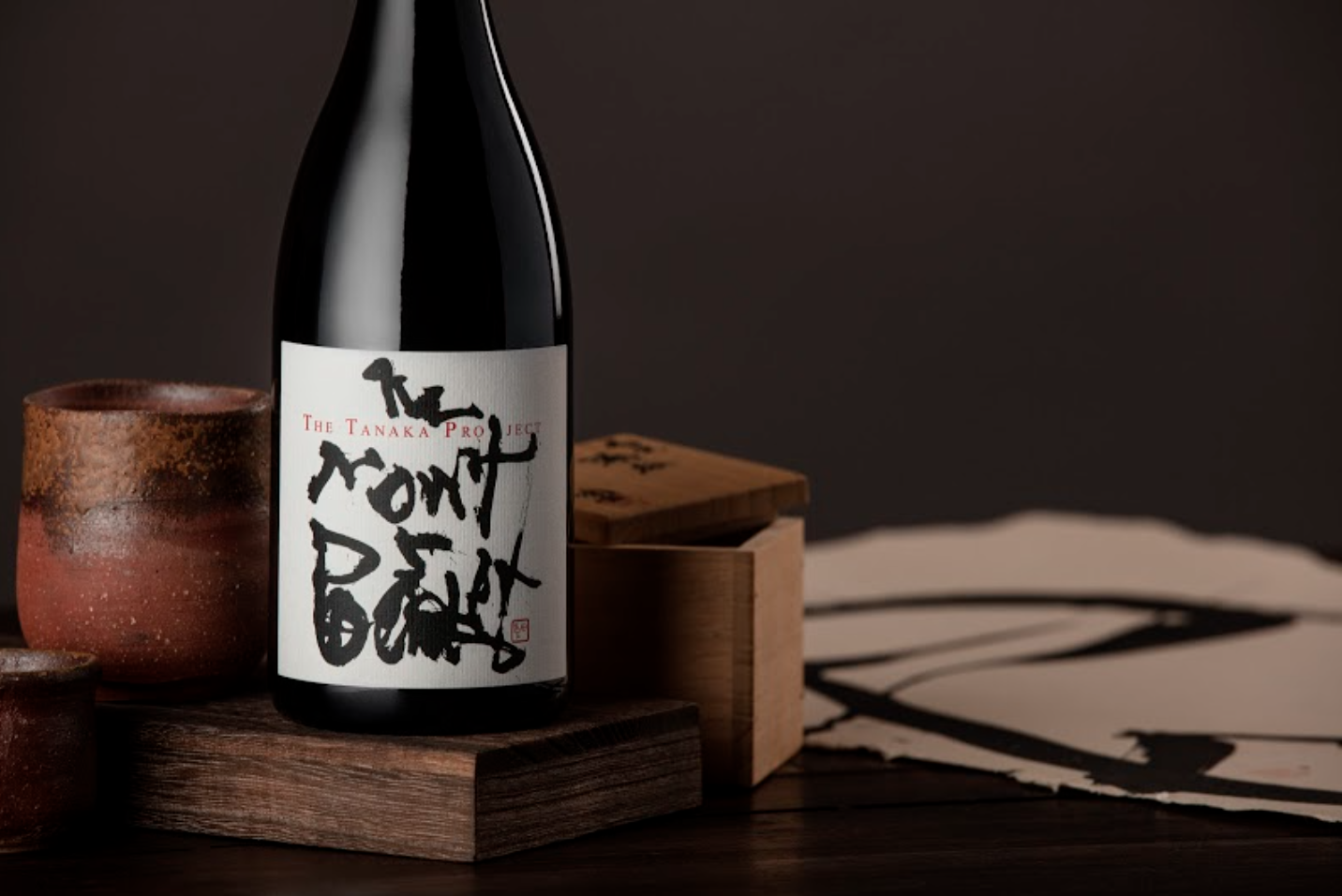 September 9, 2020 (SARATOGA, Calif.)––In a year when stress levels are universally high, Mount Eden Vineyards is taking a unique approach to remind people of the importance of caring for our own mental health and that of loved ones. On September 10th, World Suicide Prevention Day, the winery’s owners, Jeffrey and Ellie Patterson, will unveil a special project benefitting the Santa Clara County, CA chapter of the National Alliance on Mental Illness (NAMI):  The 2017 Tanaka Project Pinot Noir.

Three years in the making, the wine commemorates a longtime friend of the winery: artist and poet Ron Tanaka, who died by suicide in 2007. The Tanaka Project is the winery’s first single-vineyard Pinot Noir and its first new wine in 10 years; just three barrels (approximately 75 cases) were produced. Twenty-five percent of the $80 purchase price will be donated to NAMI.

Given that Tanaka passed more than 10 years ago, some may wonder, why now?

“Since we've been working on this project for three years, the fact that people are facing a global pandemic, an economic crisis, and social/political turmoil upon its release is a startling coincidence,” says Jeffrey Patterson, who is also Mount Eden Vineyards’ winemaker.  “This wine was always meant to drive conversations about mental health. Given the serious stress people are facing, we're hoping that putting the Tanaka Project wine on dinner tables will remind everyone to check in with each other and look out for warning signs."

The Pinot Noir vineyard from which the grapes were sourced is named after Tanaka, as it was his favorite place on the estate and a source of inspiration for many of his artistic works.

“Tanaka was like a member of the family,” remarks Ellie Patterson. “He fell in love with Mount Eden when he came to the winery for a photography project in the early ‘80s. He spent hours photographing the vineyards and impressed upon me the sacredness of our site.”

Two collections of his poetry -- The Mount Eden Poems and Mountain Wines, A Girl Grows Up on Mount Eden -- can be found on the Mount Eden Vineyards website. The poems are displayed at the winery in framed collages of handmade paper and photos that Tanaka took of the property. The wine label is also based on calligraphy Tanaka created in 1990.

The wine is available for purchase on-site at Mount Eden Vineyards, as well as on the winery’s website: www.mounteden.com.

Mount Eden Vineyards is a small historic wine estate perched at 2,000 feet overlooking Silicon Valley in the Santa Cruz Mountain Appellation, about 50 miles south of San Francisco. Founded in 1945, it is recognized as one of the original “boutique” California winery properties, focusing on small lots of Pinot Noir, Chardonnay and Cabernet Sauvignon. Mount Eden’s lineage of estate bottled Chardonnay and Pinot Noir is the longest in California. Planted in austere, infertile Franciscan shale on a cool, exposed mountaintop, these low-yielding estate vineyards have consistently produced world-class wines for over a half-century. In 2007 Mount Eden acquired an additional 55-acre wine estate in the Saratoga foothills, which was christened Domaine Eden. Mount Eden Vineyards also produces non-estate Chardonnays from the central coast, primarily Edna Valley. They have great success making Chardonnay from the Wolff Vineyard and are continually recognized as making outstanding wines from that region. Since 1981 Jeffrey Patterson has guided the winemaking and grape growing at Mount Eden. His emphasis is on wine growing rather than winemaking; an obsession with gentleness and naturalness in the handling of the grapes and wines is his ongoing passion.