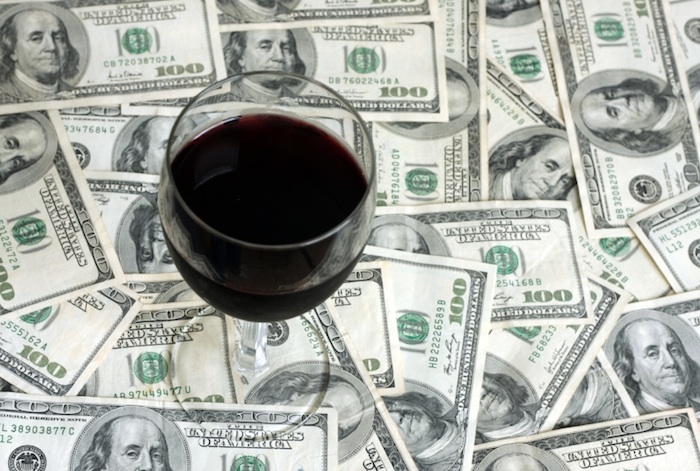 The Motley Fool - investing watch dog, news and information site served up some advice yesterday to oenophiles and savvy investors about the worthiness of various wine and spirits based stocks.

If you're not holding back that bonus for the Facebook IPO May 18, from Nicole Seghetti, The Motley Fool here are some investments you may/may not want to consider:

Watch out, wine drinkers. According to a recent report, we are in the midst of a shortage of the libation. Most of California's premium grape regions posted low inventories, thereby making wine more expensive. While wineries are feverishly planting new grapevines, these efforts won't yield grapes into production for at least five years. What are oenophiles and savvy investors to do?

Wine shortage? Say it isn't so.
The Silicon Valley Bank's annual state of the wine industry report said last month that, for both high-volume wineries and boutique fine wine businesses, demand is expected to grow at a slightly slower pace while supply is stretched. The report goes on to predict that, coupled with a strong U.S. dollar relative to the weak euro, this will help imported wines steal market share.

For those of us who enjoy an Italian Barolo, this is good news. But just how detrimental will this be to domestic wine producers, and which ones will feel the pain? Ultimately, consumers will be forced to pay higher prices for their favorite domestic wine, drink lesser-quality domestic wine, switch to cheaper imported wine, or abandon wine entirely in favor of lower-priced beverages.

Punch drunk
In my opinion, Diageo (NYS: DEO) is least exposed to the expected challenges for the domestic wine industry. Diageo's wine portfolio comprises a mere 6% of the company's net sales; the bulk of its sales are from spirits and beer. Of Diageo's wine brands, about half are domestically produced. I don't expect Diageo to hiccup because its wine business is such a small percentage of overall sales. Not only that, with the macro drinking trend drifting toward increased wine and spirit consumption, its chest of highly branded liquor should help as well.

Brown-Forman (NYS: BF.A) derives 45% of net sales from the U.S., which exposes it to expected changes in domestic consumption patterns. But since the company divested the majority of its wine business last year, it now has a very small wine portfolio relative to overall sales. As such, I don't expect Brown-Forman's sales to suffer.

Similarly, I also don't expect Beam (NYS: BEAM) to be hit hard. Formerly a part of Fortune Brands, Beam is now a pure-play spirits business and has no exposure to the domestic wine market. If anything, Beam's widely popular Skinnygirl cocktails could benefit. Last year, the newly acquired brand enjoyed remarkable net sales growth of 486%.

Buzzkill
Because of its weighty domestic wine exposure, I think Constellation Brands (NYS: STZ) will be the most vulnerable. Not only does Constellation primarily sell domestically produced wine, but the company also derives a huge portion of its business -- approximately 75% of net sales in 2011 -- from North America. Don't expect stellar performance from Constellation in the coming years.

Jolly good news
But I see two bits of good news for domestic wine producers. First, a bumper crop of grapes is expected this harvest. Even though this will just stall the inevitable, it'll give domestic producers time to strategize. Second, the people buying the most wine are likely to afford higher prices -- the baby boomers and Gen X-ers (ages 35 to 46). The average net worth and income of these groups is greater than that of Gen Y-ers (ages 21 to 34), who were once seen as the industry's growth engine.

In the event that U.S. wine consumers aren't willing to pay up for domestic wine or try a less expensive import, then look for a company like Boston Beer (NYS: SAM) to benefit. Not only is it well-positioned, but its metrics look good. The company's earnings grew 89% from the same quarter last year; it's been improving margins and has no long-term debt; and it occupies the convenient middle ground between big brewer and niche craft brewer.

I'll drink to that
As an investor, I'd steer clear of Constellation. It is the most vulnerable company because of its huge exposure in the domestic wine market. I don't feel that Diageo or Beam will miss a beat.

Investing in companies like Diageo and Boston Beer is appealing because we understand their businesses. We see their products, such as Guinness and Samuel Adams beers, in stores and restaurants. If you'd like to learn about three similar companies whose products we see every day, and discover amazing growth potential for their stocks, read about them in a free report here.