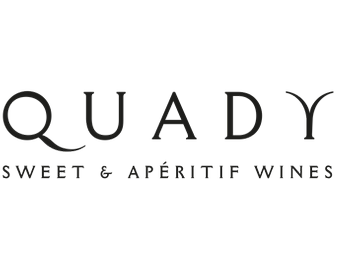 Director of Winemaking and longtime winemaking veteran, Michael Blaylock, retired from Quady Winery (Madera, CA) in December of 2017 after a remarkable and noteworthy 33-year career. With more than a decade of experience making wine at Quady, Darin Peterson has been promoted to lead winemaker. Darin leads Quady Winery into its 43rd year of operation as the producer is poised for continued growth.

Quady’s former winemaker Michael Blaylock is a name that will be well remembered. Alongside Quady Founder and CEO, Andrew Quady, the two are responsible for well-known brands that have helped shape multiple categories - Quady’s Starboard, Essensia, Elysium, Electra Moscato, Vya Vermouth, Deviation and more. Michael spent over three decades as winemaker at Quady Winery and helped lead the company from just a few thousand cases annually to the 100,000+ case producer it is today. In Michael’s final full year at Quady, the winery received eight 90+ point scores from Wine Enthusiast Magazine, nearly one for every SKU they produce. These scores include a Top 100 Wines of the Year and a Top 100 Cellar Selection recognition.

Darin Peterson, now lead winemaker, has been working alongside Michael Blaylock since 2005 and has had a hand in producing every wine label under the Quady brand. “We create a wide variety of vastly differing wine styles, wider than most wineries could ever imagine. While it keeps us plenty busy, it really delivers a fantastic opportunity to enjoy all that the discipline of winemaking has to offer,” Darin explained. “My Favorite? Quady Starboard.”

Darin Peterson takes the reigns during a particularly exciting time for Quady Winery. The company is nearing completion of a 22,000 sq. ft. expansion project which will increase its production capacity significantly. The past five years of consecutive growth for Quady has prompted the expansion and only shows signs of gaining strength. Most of the growth has been in lower alcohol frizzante styled Moscatos (Electra and Red Electra under the Quady brand) and Flore de Moscato and Moscato Rubino made for Salt of the Earth, along with Quady’s craft vermouth, Vya.