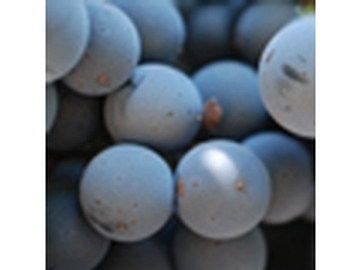 Jackson Family Wines is pleased to announce that it has teamed up with renowned Oregon winemaker, Tony Rynders, who will take on the role of consulting winemaker for the family's Zena Crown property in the Willamette Valley, Oregon. Rynders will work closely with winemaker, Shane Moore, who relocated to Oregon in early 2013. Both Rynders and Moore share expertise and skill crafting Oregon Pinot Noir. Rynders has become one of the top winemakers in Oregon, with over 20 years of experience, producing wines for highly regarded wineries in the Willamette Valley while Moore, as former associate winemaker for La Crema, has focused extensively on Pinot Noir throughout his career.

"Tony's concentration on the luxury wine category and his experience as one of the top winemakers in Oregon made him the perfect fit for us," said Barbara Banke, Proprietor of Jackson Family Wines. "It is important to us to have a strong team and Tony has already proven to be a great addition. Shane's appreciation for nuance is a fit for the Zena Crown fruit and with Tony's involvement he will make wines of delicacy, refinement and power."

Under the direction of Moore and Rynders, grapes sourced from the Zena Crown vineyards will be used to produce high-end Pinot Noirs under the Zena Crown label. Releasing in early 2015, the inaugural vintage will be from the 2013 vintage. The vineyard currently supplies grapes to well-known producers in the region, including Penner-Ash and Soter Vineyards.

"The opportunity to work with Jackson Family Wines and help launch Zena Crown was one I couldn't pass up," said Tony Rynders. "They are committed to making world-class Willamette Valley Pinot Noir, and I believe their presence will only help the region gain more attention and acclaim on the international stage. I am excited to be working with the team, and making wine at one of the top vineyards in the region."

Tony Rynders began working in the wine business in 1989, and worked internationally to gain experience as a winemaker. He moved to Oregon after realizing the region's potential for crafting Pinot Noir and held winemaking positions at Argyle Winery, Hogue Cellars, and Domaine Serene. During his time at Domaine Serene, Rynders became one of the most highly celebrated winemakers in America and received more 90+ point scores from Wine Spectator than any other winemaker during that period. He launched his own wine brand in 2008, Tendril Wine Cellars, focusing on limited release Pinot Noir and Chardonnay. Rynders also launched his own successful wine consulting business, and in 2010 he created Tour de Force Wine Company, which provides custom winemaking services for its clients.

About Zena Crown
The Zena Crown vineyard is located at the southern end of the Eola-Amity Hills AVA in the Willamette Valley, which is home to many of Oregon's top Pinot Noir vineyards. Ocean breezes push through the Van Duzer Corridor in the Coastal Range, maintaining a cool climate. This, combined with the shallow, well-drained volcanic soils, make the vineyard a premiere growing site for Pinot Noir. The Zena Crown vineyard is planted with 80 acres of Pinot Noir.