Stoller Vineyards, a 373-acre estate located in the heart of Oregon's Willamette Valley in the Dundee Hills AVA, has announced the appointment of Robert Schultz to Vineyard Manager. In his new role, Schultz will oversee all aspects of farming the 176 acres under vine, combining recent breakthroughs in vineyard layout and viticulture techniques with a respect for traditional winegrowing methodology.

Schultz brings ten years of industry experience to Stoller, including prior posts at Eyrie and Dobbes Family Estates in Oregon. Prior to moving north, he worked for Enterprise Vineyards in Sonoma, California, a premier vineyard management company where he learned organic and biodynamic farming while managing a number of client vineyards such as Benziger. Schultz has worked and studied abroad in both France and Spain and is fluent in Spanish.

Proprietor Bill Stoller notes, “Robert brings a unique blend of talent and knowledge to Stoller Vineyards, sharing our philosophy that investing in the vineyard is of the utmost importance in crafting world-class wines. We are certified by LIVE, Inc. for using international standards of sustainable viticulture practices, and Robert understands the value in that. After all, this it where it all begins.” 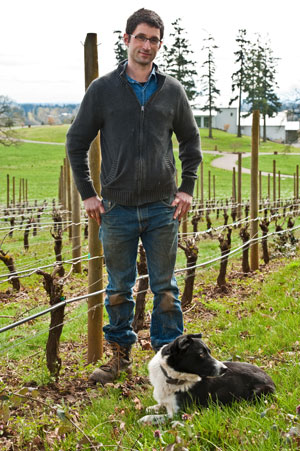 Stoller Vineyards
Located in the heart of Oregon's Willamette Valley in the Dundee Hills AVA, Stoller offers world class wines and genuine hospitality in a stunning setting. Owners Bill and Cathy Stoller purchased the nearly 400 acre property, which was originally his family’s turkey farm, in 1993 and crafted the winery’s inaugural Pinot Noir in 2001. Their vision of innovation blending vineyard stewardship with environmental sustainability was recognized in 2006 when Stoller became the first LEED® certified winemaking facility in the United States attaining the rare Gold level certification. Today, the winery features panoramic views including Mt. Hood, ample outdoor space for relaxation and three guest houses