Elizabeth Anderson is a graduate of Lehigh University with a Bachelor's degree in marketing. After graduation, she worked as an event planner in New York City. Elizabeth spent her formative summers at the Phelps winery, culminating in a 2003 internship where she was exposed to all facets of grape growing and developed her love of fine wine. In 2008, Elizabeth traveled to Piedmont, Italy where she worked the harvest for Ceretto Aziende Vitivinicole. Following her return to New York, Elizabeth joined Lauber Imports as a Wine Consultant, where she gained an understanding of the three-tier wine distribution system and sold, among other labels, Joseph Phelps and Freestone Vineyards wines.

In her free time, Elizabeth is a connoisseur of fine food and wine and frequent traveler throughout the world's leading wine regions. She is currently a candidate for the WSET Advanced Certificate. 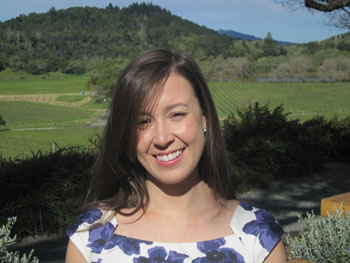