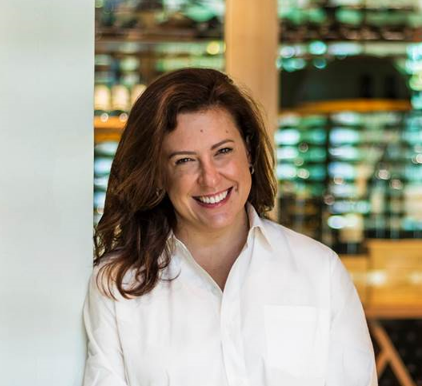 WOODINVILLE, WA (December 8, 2020) – DeLille Cellars, one of Woodinville’s founding wineries and pioneer of Bordeaux-style blends in Washington State, has announced the hiring of Janna Rinker as Director of National Sales.  Rinker joins DeLille from Copper Cane Wines and Provisions, where she most recently held the role of National Account Manager – On Premise.  Rinker has extensive experience in the strategic development of national programs for preeminent wine brands in both California and Washington.  With the addition of Rinker, DeLille will no longer be represented by Vintage Point Partners, a Sonoma-based sales and marketing company.

“DeLille is grateful for Vintage Point’s leadership over the last four years and their help in growing our national footprint.  We are excited to have such a talented individual join our strong team, and know Janna will strengthen our relationships with our great distributor, restaurant, and retail partners and continue our advocacy of the world-class quality of Washington wine,” said Tom Dugan, DeLille’s CEO.

During her time at Copper Cane Wines and Provisions, Rinker managed major partnerships, including Landry’s, Nordstrom and Noble House Hotels and Resorts; and served as the Northwest Regional Manager.  Prior to Copper Cane, Rinker was a founding team member of Washington’s Latta Wines, where she conceptualized and implemented the national sales and marketing program for Latta, Kind Stranger and Disruption Wine Company.  Other prominent industry roles include Estates Group Division Manager at Young’s Market Company and Northwest and International Sales Director for Charles Smith.

“I’m delighted to welcome Janna Rinker to the DeLille family.  She brings a wealth of talent and industry expertise to our team.  I’m looking forward to working in tandem with such a consummate professional,” said Jay Soloff, President, co-owner and one of DeLille’s founding partners who has been the primary force behind the winery’s sales and marketing for over 20 years.

Rinker is back to her Northwest roots at DeLille Cellars.  She is a native of Washington State and currently resides in Seattle.  Rinker is a graduate of Whitman College and is currently getting her MBA at UW Foster School of Business.  She enjoys skiing and cooking, and her favorite DeLille wine is Harrison Hill, a single vineyard Bordeaux-style blend the winery has been crafting since 1994 from the second oldest Cabernet Sauvignon vines in the state.

“I’m thrilled to be joining DeLille and to solidify and expand its distribution,” said Rinker.  “The combination of its legacy, the beautiful wines, and potential for growth are all incredibly exciting.  I look forward to working with our distributor partners to bring DeLille to more retailers, restaurants and consumers across the US and the world.”

The addition of Rinker brings DeLille’s sales management in-house to create high-touch programming to meet the current and changing needs of its valued restaurant, retail, and hospitality partners across the country.  The move follows DeLille’s recent remodel of the iconic former Redhook Brewery in Woodinville, including the construction of a new three-story tasting room, to further DeLille’s goal of highlighting the world-class wine of Washington State and the winery’s 28-year legacy of excellence.

DeLille Cellars is the third oldest operating winery in Woodinville, WA, founded in 1992. Known for pioneering Bordeaux-style blends from Washington State, the winery has maintained a tradition of quality and excellence with over 600 individual 90+ ratings from leading publications. DeLille Cellars focuses on the Red Mountain AVA and sources grapes from Washington's most acclaimed vineyards. The winery is recognized by notable wine critics and influencers, including Robert Parker, as one of the top producers in the state. To learn more about DeLille Cellars, visit www.delillecellars.com.