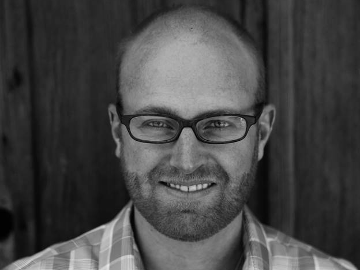 ST. HELENA, Calif. – April 8, 2020 – Chappellet Vineyard (www.chappellet.com) is proud to announce that Mitch Boyd has been named director of sales. In this role, Boyd will manage Chappellet’s in-house sales team, and guide a sales program that spans all 50 states, and eleven countries around the world. Boyd joined Chappellet in 2015, as the winery’s Central U.S. sales manager, and was promoted to national sales manager in 2017. During his tenure, Boyd has played a pivotal role in bringing Chappellet to new states and numerous new markets, while developing key retailer and distributor relationships throughout the U.S., and internationally.

“Mitch’s knowledge and expertise have made him an invaluable part of our team,” says President and CEO Cyril Chappellet. “Not only is he a forward-thinking leader with two decades of experience in luxury wine sales, he understands the values that guide our family winery. For more than half a century, our relationships with our distributors and trade partners have been one of the cornerstones of Chappellet. Because of his unique understanding of our story, and his commitment to building dynamic, mutually beneficial relationships, Mitch has already earned the trust and respect of our valued trade partners.”

In 1967, on the advice of legendary winemaker André Tchelistcheff, the Chappellet family settled on the steep slopes of Pritchard Hill© and founded Chappellet, becoming just the second post-Prohibition winery in Napa Valley. As pioneers of high-elevation vineyard planting, Chappellet has earned acclaim for crafting benchmark wines with an emphasis on mountain-grown Cabernet Sauvignons, while establishing Pritchard Hill as one of the world’s great wine regions. In 2017, Chappellet celebrated its 50th anniversary as a family-owned-and-operated winery, and crafted its debut vintage of the Chappellet Grower Collection, which is dedicated to exploring Chardonnays and Pinot Noirs from Sonoma County.