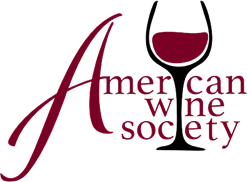 In an acceptance speech, Mr. Grahm humbly and humorously discussed several particularly vivid career failures over the past 35 years, as well as plans for the future at his estate vineyard in San Juan Bautista, CA. But the audience of 600 applauded him for his decades of innovation and successes.

The AWS’s Award of Merit is the highest consumer honor conferred on individuals in the wine industry, recognizing contributions that have enhanced wine appreciation and enjoyment. Since 1974, the AWS has presented this award annually to leaders in winemaking, viticulture, marketing, journalism, or merchandizing.

“Randall Grahm has been at the forefront of introducing new grape varieties, hastening the adoption of alternate closures, and marketing wine in fun, innovative ways,” Falchek said. “He is known as one of the industry’s great characters, but he has also been a force in shaping the wine industry for the better.”

When asked for a comment on this, his most recent accolade, Mr. Grahm said, “I am greatly honored by this acknowledgment from the AWS, but respectfully suggest that the real hard work is still yet to be doon. I look forward to many more productive years in this industry.”

The American Wine Society is the oldest and largest organization of wine consumers in the United States.