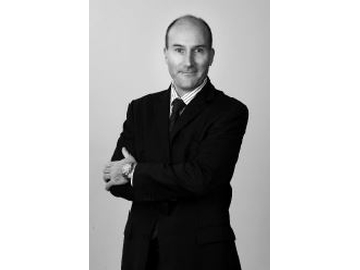 LONDON - Christie’s is pleased to announce that Tim Triptree has been promoted to International Director, Specialist in the Wine department. In this new role, Tim will be leading Christie’s activities across Continental Europe, Asia and the Americas and working closely with the local teams on the overall strategy to further grow and develop the business around Christie’s Wine sales. Furthermore, he will focus on delivering exceptional client service to collectors internationally, drawing on his 13 years of experience across Christie’s sales sites.

Tim joined Christie’s Wine Department in 2005 after graduating with an MBA Distinction (Wine Business Management). He completed the Wine & Spirit Education Trust Diploma, gaining a Distinction in 2008, being awarded the Sherry Institute and Constellation Scholarships. In January 2013, Tim was seconded to Christie’s Hong Kong for four years working in the Asian market focusing efforts on raising the department’s profile in the region as well as involvement with wine auctions in Hong Kong and Shanghai, and becoming Head of Sale, before returning to London in January 2017. A judge at international wine competitions (IWSC, Decanter & Bacchus), Tim has passed the Theory and Tasting examinations and is now in the final stage for the Master of Wine qualification, the most highly regarded distinction in the wine world.

Throughout his career at Christie’s, Tim has been involved in many important consignments including the record-breaking sale of a case of Romanée-Conti 1988, which established a new record price at auction when it sold for £264,000 in London in March 2018; the sale of historic vintages from the cellars of Château Pichon Lalande and most recently, the auction “Rarities from the Cellars of Champagne Charles Heidsieck”, which took place in November 2017 in London.

Tim Triptree, International Director, Specialist in the Wine Department: “In my new role I will continue to elevate and promote the dynamic wine market on a global scale as well as develop the talent of a new generation of wine specialists.”

Aline Sylla-Walbaum, International Business Director, Luxury: “We are pleased that Tim has accepted these new responsibilities on an international scale, his extensive experience and knowledge gained in Europe and Asia will help to align the department to the needs of Christie’s collectors.”

Since James Christie’s first auction in 1766, Christie’s has offered some of the finest and rarest wines and spirits from around the world. With live auctions across Europe, the US and Asia, along with our online sales throughout the year, Christie’s is the market leader in this category and has a long history of exceptional prices, including world auction records for Vega-Sicilia and Romanée-Conti.