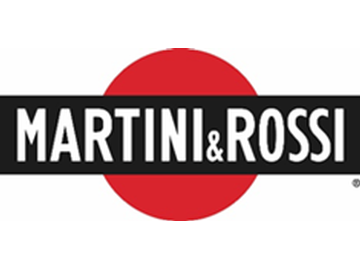 “MARTINI & ROSSI gains tremendous value by adding Fabio Raffaelli to the team,” explains Angelito David, MARTINI & ROSSI North American Brand Director. “His experience in the cocktail world, and his extensive existing knowledge of the brand make him the ideal candidate to represent the quality and authenticity that has characterized MARTINI & ROSSI for over 150 years.” Noting the brand’s continued growth in North America, David acknowledges “Fabio’s innate sense of Italian hospitality and ability to speak to the rich heritage of MARTINI & ROSSI will be key to contextualizing how the brand remains relevant and dedicated to both consumers and bartenders today.”

“The House of Martini has long been an icon for me,” says Raffaelli. “For both consumers and hospitality professionals, I am eager to bring to life how the brand continues to innovate in cocktail culture, as well as its timeless importance to the global wine and spirits culture.”

“Our Bacardi advocacy team grows even stronger with appointments of talented and experienced members of the trade such as Fabio,” says Elizabeth Costa de Rusch, Bacardi Director of Advocacy & Sponsorships. “We welcome him to our family of best-in-class ambassadors and look forward to his contribution to MARTINI & ROSSI.”

Raffaelli has cultivated a respected reputation thanks to a keen attention to detail and high standard for quality of service, traits that form the foundation for his new role with MARTINI & ROSSI. Before moving to the United States, Italian-born Raffaelli staged and worked in bars and restaurants across Europe’s most prestigious venues. Working alongside internationally respected chefs including Alain Ducasse, Ferran Adrià, and Gordon Ramsay, as well as celebrated bartenders such as Salvatore Calabrese and Dushan Zaric, Raffaelli gained renown for his service-driven style and his impeccable elegance. In 2009, he moved to New York City and until joining MARTINI & ROSSI, continued his career in fine dining joining celebrated chef Daniel Boulud at his restaurant.

Created in 1863 in Turin, Italy, the MARTINI & ROSSI brand is part of the portfolio of Bacardi Limited, headquartered in Hamilton, Bermuda, and continues to be the market leader of the category. Bacardi Limited refers to the Bacardi group of companies, including Bacardi International Limited.